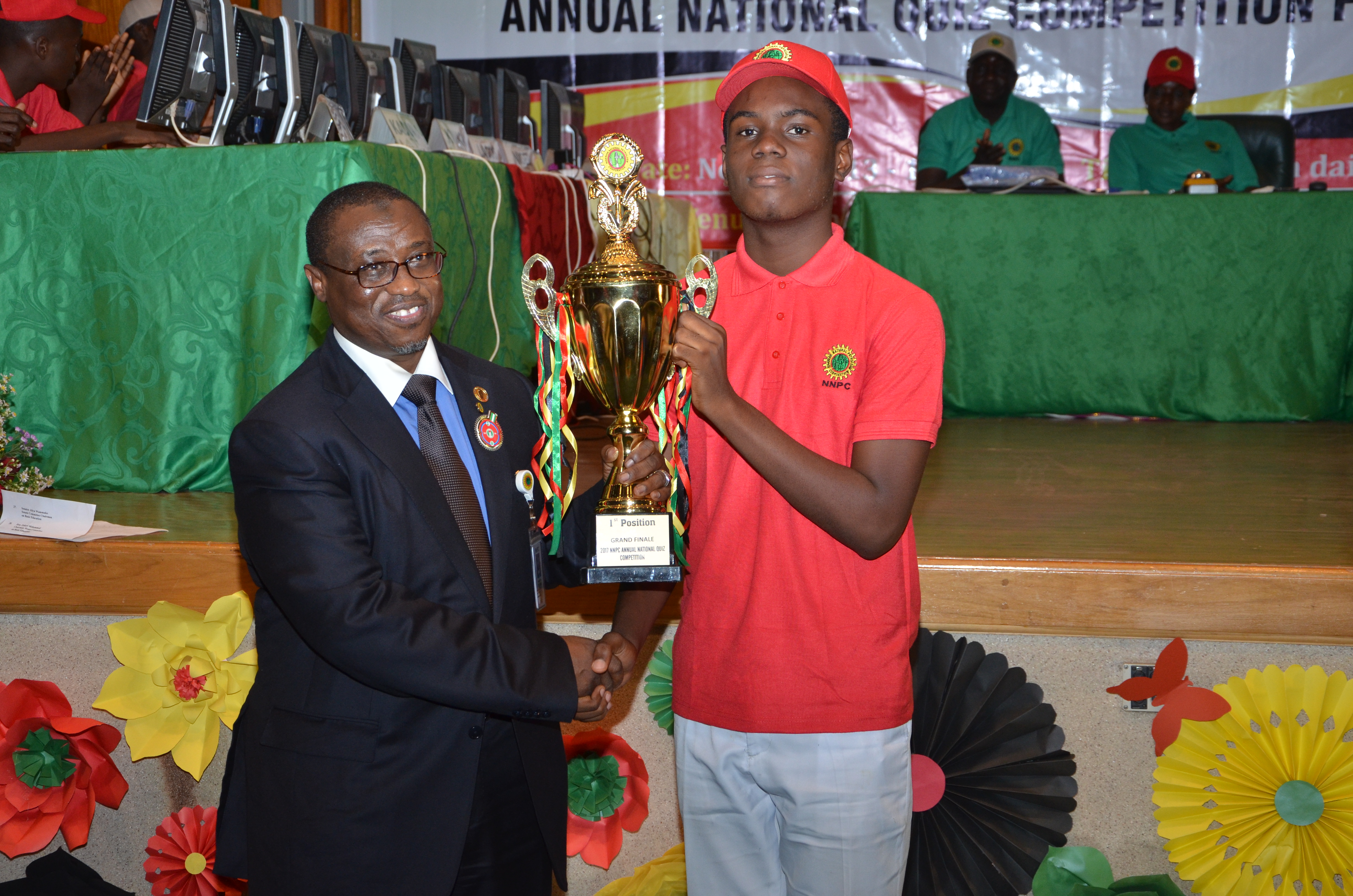 NNPC Group Managing Director, Dr. Maikanti Baru (left), handing over a trophy to a past winner of the NNPC National Science Quiz Competition.

A retired school principal who had served in the Lagos State public school system for close to three decades says the emergence of students from government schools squaring up with their counterparts from private schools, shoulder-to-shoulder, is consequence upon investment inputs of many state governments in the development of secondary school education in recent years.

Taoheed Oyeyemi Alabi, who retired from the services of Lagos State Ministry of Education about two years ago, gave an example of the State’s investment in the training of its teaching workforce and provision of instructional materials and books under a scheme called “Eko Project”, stating that such interventions by many state governments have shored up the quality of teaching and learning in many public schools in recent past.

He explained that now many government schools could boast of the same standard with private schools, adding that contests, such as the NNPC National Science Quiz Competition presented opportunities not only to demonstrate the stuff for which the public schools are made, but to also psyche up students from such institutions and rid them of any complexes they may harbour.

The journey to the 2019 17th edition of the contest began Thursday, 20th June with the grassroots leg of the competition administered across local governments in the country.

Mr. Ughamadu stated that the 2019 edition was to build on the gains already recorded in previous editions.

The NNPC National Science Quiz Competition, designed mainly for students in the nation’s secondary schools, was inaugurated in 2000 and limited to participants from the Niger Delta but went national in 2001.

·      To promote Science education in the country

·      To prepare students for promotional and qualifying examinations

·      To build friendship amongst the participating students

·      To break down long-held stereotypes and engendering a better sense of national being in participating students, through the cross-cultural interactions that the contest offers

·      To provide a platform for enlightening the students and the public on the activities of NNPC.

Many of the contest laurels are doing well in their chosen careers, a tracking carried out by the National Oil Company shortly before the Grand Finale of last year’s edition of the competition shows.

The review of the programme also revealed that many of them took to Engineering, Technology and Medicine.