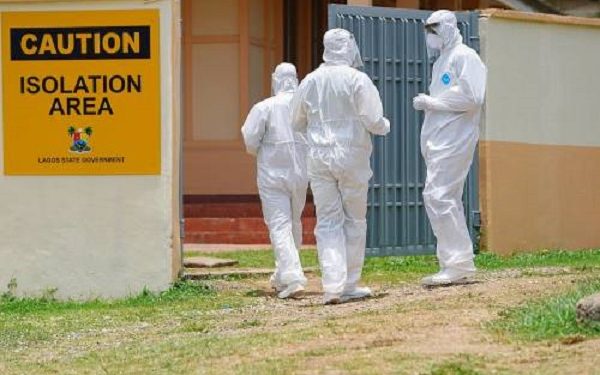 Those discharged are Lagos (five); Bauchi (four); Ogun (three); Kwara (two) and one in Enugu.

Menegian, whose death was announced in a Facebook post by her sister Noo, died of coronavirus at a London hospital. The other deaths were recorded in Lagos (three) and one in Kano.

Governor Babajide Sanwo-Olu, who announced the discharge of five more patients from the Infectious Disease Hospital (IDH), Yaba, bringing to 90, the number of discharged patients in Lagos, gave the identity of the lucky patients as three females and two males.

In a tweet through his verified Twitter handle, the governor said the patients had recovered fully and tested negative twice to COVID-19.

He appealed to residents to stay at home, practice social distancing and observe the highest possible personal and hand hygiene.

They were discharged alongside five members of their families, who were also at the state’s isolation centre and have equally twice tested negative, in Ilorin, the state capital.

AbdulRazaq reiterated that testing positive for the virus is not a crime as anyone could contract it. He warned against stigmatisation of patients or their families

He said: “I am glad to announce to you that we are discharging a total of seven persons from our isolation facility.

“Among these are our first two (index) cases (a male and a female) who have twice tested negative for COVID-19.

“The remaining five are members of their families who were on quarantine and have also twice tested negative to the virus.

“With the exit of the seven persons, we have 11 persons left in the facility. Two of these 11 are COVID-19 patients while the remaining nine are people with varying contacts with them.”

The Enugu State Ministry of Health also announced the discharge of a patient from treatment and isolation for COVID 19.

A statement from the Commissioner for Health, Ike Obi, said one of the two confirmed COVID-17 cases was discharged after testing negative to the virus.

He said the other person was stable and responding very well to treatment.

“We encourage all persons to continue to stay home, maintain hand and respiratory hygiene, wear a facemask in line with the NCDC’s advisory and maintain physical distancing,” the commissioner was quoted as saying.

In Bauchi, the government said four of the six confirmed COVID-19 patients were released after testing negative twice to the virus in line with NCDC procedure.

He also said his committee was tracing 391 contacts were also been traced.

Governor Bala Mohammed, who was the first to test positive for COVID-19, recovered last Thursday.

According to the deputy governor, the state has received the result of 160 samples taken to NCDC with six confirmed cases, adding that four persons have been discharged so far together with the index case.

In Kano, the government confirmed the death of a patient. The NCDC announced the death in its 11.20pm post on Wednesday.