The third regional edition of the 2019 African Freestyle Football Championship organised by Feet ‘n’ Tricks under the authority of World Freestyle Football Association, continued at the Cubana Lounge in Owerri, Imo State on Saturday, July 6th, 2019. 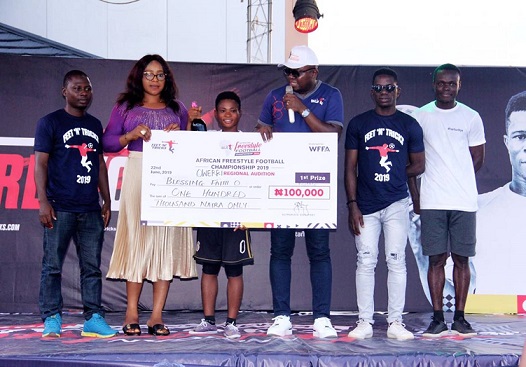 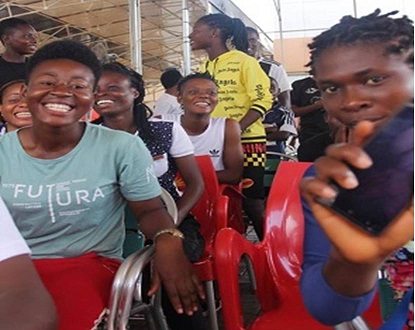 Feet ‘n’ Tricks, organizers of the Nigerian and African Freestyle Football Championships, endorsed by the World Freestyle Football Association, welcomed over 40 freestylers on-stage who competed for winning prizes worth hundreds of thousands of Naira as well as a chance to compete live at the national and continental competitions holding in September and to attend the Freestyle Football World Championship. Already, two successful regional auditions were earlier held in Lagos and Warri.

Participants thrilled the lively fans with sensational ball juggling skills and tricks all day. In addition, guests were also entertained by Lafin Gas and Che, a BMX Flatland cycler.

The event was well attended by hundreds of freestyle football fans, music enthusiasts and fun lovers in and around Owerri, with Poco Lee, street dance sensation, staying on as host of the auditions. 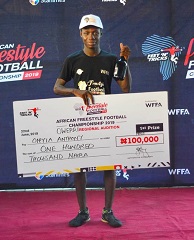 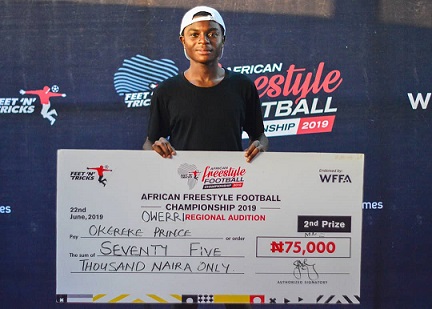 He also revealed that the Championships would be covered live across the Continent and beyond on multiple terrestrial and digital channels.

The final audition will take place in Nigeria’s capital, Abuja on the July 13th, 2019 at the Central Park.

The grand finale is scheduled for September 14th and 15th in Lagos, with over 100 participants representing about 30 countries expected to participate. 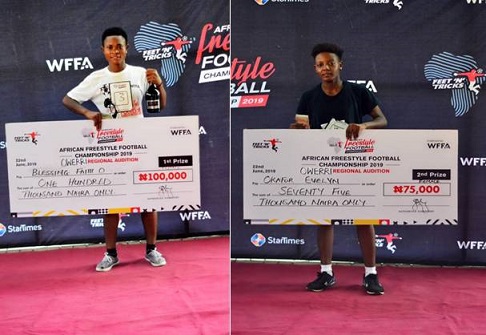 Last year, prizes worth more than $50,000 were won including a brand new car for the champion who was also sponsored to the World Championship.

To attend the Abuja event, visit www.feetandtricks.com to participate.