Over 60 participants were on hand to thrill the lively fans with sensational ball juggling skills all day at the iconic Rowe Park Sports Centre Yaba, Lagos.

Damilola Adeshina fends off the challenges from Augustina Unamba and Mariam Olaobi as she won the women’s category.  Unamba and Olaobi came  second and third position respectively. 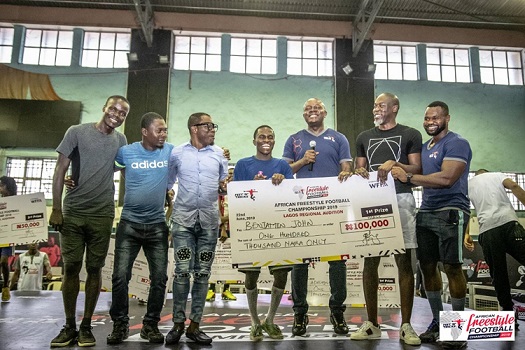 Super Falcons forward, Rashidat Ajibade, who is the defending champions of the women’s event of the championships, will be aiming for her third straight title when the crème-de-la-crème gathered in the final later in the year.

Among the highlights of the event saw dreadlocks-wearing Oni twins, Taiwo and Kehinde going as far as the semifinals before the teenagers bowed out to Benjamin and Etuduvwun. 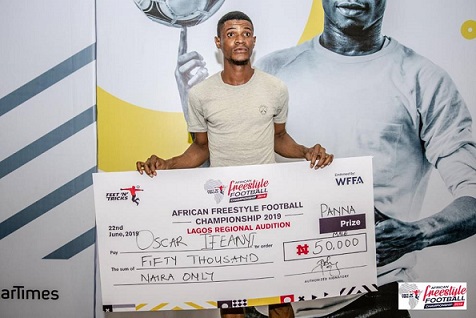 Feet ‘n’ Tricks Chairman, Valentine Ozigbo, expressed delight at the growing enthusiasm of youths to freestyle football stating it was getting bigger in terms of participation and awareness across the country.

The Lagos championship marked the start of the four regional championships in Nigeria with Delta state, the next port of call for the ball juggling extravaganza on Sunday June 30 at the Brownhill Dvent Centre, Warri. 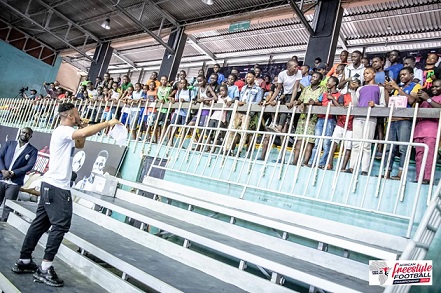 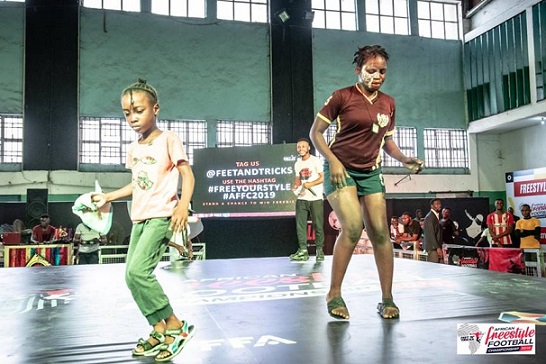 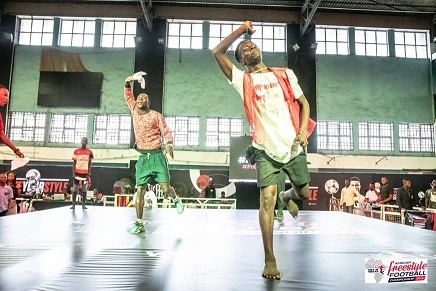 Owerri, the capital of Imo State, will then hold the penultimate regional championship on July 6 at Cubans Lounge before the series will climax in Nigeria’s capital, Abuja on July 13 at Central Park.

The grand finale is scheduled for Lagos on September 14 and 15 with over 100 participants representing about 30 countries expected to participate.

Last year, prizes with more than $50, 000 were won including a brand new car for the champion who was also sponsored to the World Championship.

MTN vs AGF: Court reschedules the proceeding of the case to October 29