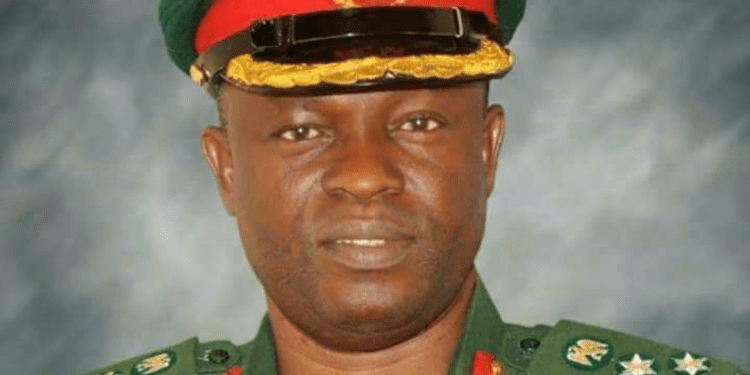 A Federal High Court in Abuja has granted the request by the Economic and Financial Crimes Commission (EFCC) for an interim forfeiture of the $376,120 (estimated at N136,155,440) allegedly seized from Maj.-Gen. Hakeem Oladapo Otiki.

Justice Ijeoma Ojukwu made the order for the interim forfeiture of the money on Wednesday.

She ruled on an ex parte motion filed by the EFCC and argued by its lawyer, Ekele Iheanacho.

According to the report by Nation, Justice Ojukwu adjourned till February 24, 2020, on the matter.  The EFCC said Otiki, who is currently standing trial before the Army Court Marshall, allegedly detailed some soldiers, sometime last year, to provide VIP escort from Sokoto to Kaduna for Alhaji Ado Aliyu, alongside N400 million, but fled and escaped with the money.

An investigator with the EFCC, Alvan Gurumnaan, stated, in a supporting affidavit, that upon receipt of intelligence, his team carried out several investigation activities.

These, he said, include: “making inquiries from the Office of the Chief of Army Staff, the Central Bank of Nigeria (CBN), commercial banks, Corporate Affairs Commission (CAC), Code of Conduct Bureau (CCB), Salaries and Wages Commission, interviewing witnesses and suspects with a view to unravel the fraud, tracing the movements of funds suspected to be proceeds of illegal activities, source of the funds, the beneficiaries, amongst others”.

Gurumnaan said investigation revealed: “That Major General Otiki was a serving military officer and the immediate-past General Officer Commanding (GOC) Division of the Nigerian Army, Sokoto. He was the chief accounting officer of the division.

“That Alhaji Ado, together with his son, Adamu Aliyu, is into the business of Bureau De Change (BDC). They are business associates of Major General Otiki as they assisted him (Otiki) in operating his BDC business, called Karama BDC.

“The office addresses of the BDC and hotel are respectively in Lagos and Ibadan.”

He added that despite actively running and managing the businesses as well as being the sole signatory to the bank accounts of the companies, Otiki denied having any enterprise or shares in any company in Nigeria while completing his assets declaration form in 2016.

“To facilitate the above unofficial transaction, Major General Otiki provided detailed military security escort for Alhaji Ado from Kaduna to Sokoto and back to Kaduna.