Solid connectivity will be key to the economic recovery after COVID-19, Ericsson found. 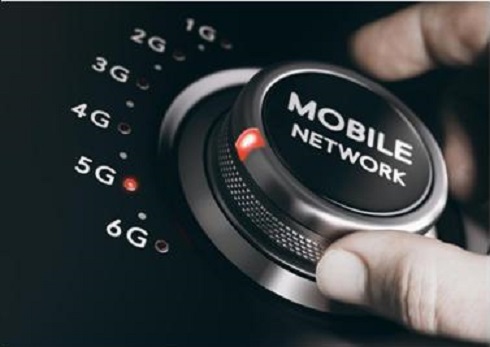 The coronavirus pandemic added urgency to the need for connectivity. With the majority of businesses forced to work remotely or virtually, network infrastructures were put to the test and the need for high-speed, low latency, reliable connection became clear.

Ericsson’s Mobility Report, released on Wednesday, analyzed the state of connectivity during this unprecedented time and drew conclusions on the future of networking. While 5G was already on its way, COVID-19 undoubtedly accelerated its journey as connectivity was pushed to the limit.

Mobile traffic also spiked, up to as much as 70%. In areas with limited penetration of fixed residential networks, mobile data demand was especially severe, forcing service providers to push networks to their limits.

Video calling, in particular, rose dramatically. Prior to the coronavirus, users hadn’t fully embraced video calling. However, social distancing has made video calling the norm, whether it be for business meetings, group projects, classes, virtual happy hours, or family gatherings. As many as 85% of consumers now use video calling, the report found.

Across the world, 83% of survey respondents said that information and communications (ICT) technologies helped them cope with the impact of the pandemic. ICT provided children with access to education (76%), helped family stay and friends stay in touch (74%), and allowed professionals to do their jobs (67%), according to the report.

This increasing reliance on connectivity has resulted in more consumers focusing on the future of 5G. During the time of crisis, consumer expectations for better network experiences were bolstered. Some 60% of smartphone users said they had a clear positive attitude toward the role 5G could have played during the crisis.

Nearly half of respondents strongly agreed that 5G could have offered both better network capacity and higher speeds compared to 4G. Overall, respondents believed society as a whole would have benefited hugely from 5G, according to the report.

Commercial 5G providers are paying attention. Two package types related to 5G consumer use cases—device-based and fixed wireless access (FWA)—showed marked growth. The number of service providers with commercial 5G offerings grew from 26 in the previous study to 55 in the latest, the report found.

Once 5G is ready for widespread use, subscriptions will not be a problem, according to the report.

5G subscription update is expected to be significantly faster than that of LTE in 2009. Key contributing factors  include China’s earlier engagement with 5G compared to 4G (LTE), and the earlier availability of devices by several vendors.

In 2025, the majority (88%) of subscriptions are projected to be for mobile broadband. Currently, there are approximately 8 billion mobile subscriptions, a figure that will reach 8.9 billion in the next five years.

FWA is also expected to increase substantially by 2025. In the time frame, connections will grow threefold, reaching 160 million and accounting for 25% of the total mobile network data traffic globally. As more people work remotely, this type of connectivity will become even more critical, the report found.

Mobile traffic also grew significantly during COVID-19, at a 56% increase. By 2025, 5G will account for approximately 45% of total mobile data, which makes sense as smartphones have traditionally been at the epicenter of 5G development, according to the report.

The enterprise, providers, and consumers alike are recognizing the vitality of 5G. Because of this, companies are pushing for the rapid development of the next generation of connectivity. With this momentum in mind, 5G is projected to cover up to 65% of the world’s population in 2025.

Kindly Share This Story: The 36 state governors of the federation, under the aegis of…