Kindly Share This Story:
Global electrification rate reached 89 percent; the number of people without electricity access dropped to around 840 million, compared to 1 billion in 2016 and 1.2 billion in 2010.
Under current policies, an estimated 8 percent of global population will not have access to electricity in 2030, 90% of them will be in sub-Saharan Africa.
Stronger political commitment, long-term energy planning, increased private financing and adequate policy and fiscal incentives will be crucial to achieve universal access. 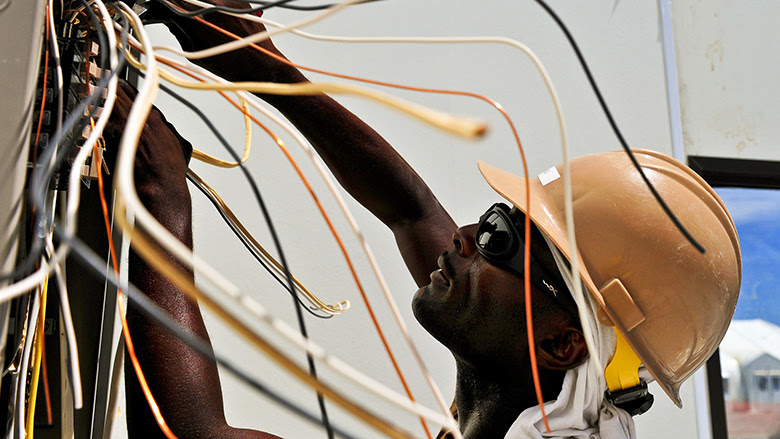 Tracking SDG7: The Energy Progress Report 2019 shows that despite the progress, reaching the remaining unserved people, including those connected to frail and overburdened urban grids, as well as displaced people, and hard-to-reach locations, will be challenging. An estimated 650 million people will be left without electricity access in 2030.
The report tracks global, regional and country progress on the three targets of SDG7: access to energy and clean cooking, renewable energy and energy efficiency. It identifies priorities for action and best practices that have proven successful in helping policymakers and development partners understand what is needed to overcome challenges.
Among countries with the largest population without access to electricity, Bangladesh, Kenya, Myanmar, and Sudan have made the most progress. Among the least electrified countries, South Sudan, Guinea-Bissau and Central African Republic electrified at around 3 percentage points each year since 2010. Cambodia, Afghanistan, and Nepal are currently among the fastest electrifying countries.
Maintaining and extending the pace of progress will require strong political commitment, long-term energy planning, stepped-up private financing and adequate policy and fiscal incentives. Combining grid and off-grid solutions, including solar lighting, solar home systems, and increasingly mini-grids, will be crucial. The issue of reliability and affordability can’t be ignored. One-third of access-deficit countries face more than one disruption in electricity supply per week. Basic electricity was unaffordable for 40 percent of households in about half of these countries.

Significant efforts have been made to deploy renewable energy technology for electricity generation and to improve energy efficiency across the world. However, access to clean cooking solutions and the use of renewable energy in heat generation and transport are still lagging far behind the goals.
Maintaining and extending the pace of progress in all regions and sectors will require stronger political commitment, long-term energy planning, increased private financing and adequate policy and fiscal incentives to spur faster deployment of new technologies.