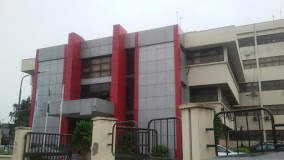 The Chief Executive Officers (CEOs) of MAN member-companies across the six geo-political zones of the country and the ten Sectoral Groups of the Association said 87 percent of the CEOs agreed that congestion at the ports significantly affects productivity negatively as against 94 percent that was reported in the last quarter.

The report nevertheless disclosed that Access to National Ports; No doubt, there has been some level of improvement in the nation’s port operation following the on-going Government reforms. Notwithstanding, poor access, heavy traffic and undue congestion at the ports are still prevalent. This assertion was contained in the third quarter statement released on Thursday in the current MCCI viz-a-viz previous responses in the first and second quarter of the year.

MAN CEOs made it cleared that the slight improvement notwithstanding, port related challenges are still present; particularly delay in clearance of imported raw-materials and machinery that are not locally available by manufacturers including the associated high and unwarranted demurrage which often times slows down manufacturing operations and increases cost of production in the sector.

The group under aegis of Manufacturers Association of Nigeria [MAN] with over 3,012 membership noted that poor accessibility/gridlock in the national ports negatively affects productivity in the sector .