9mobile has pledged to support young entrepreneurs and technology start-ups by assisting them to achieve their growth and development plans in a competitive global economy. 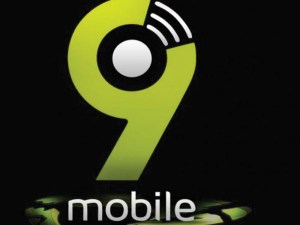 The acting Managing Director, 9mobile, Stephane Beuvelet, gave the assurance at the inauguration of the Vatebra Tech Hub in Ajah, Lagos, created by Vatebra Limited.

As statement issued by the company said, the hub was built with funds from the Bank of Industry and network support from 9mobile, to host technology-driven start-ups and provide them with mentorship and resources required to grow.

Speaking at the occasion, Beuvelet reiterated the telco’s commitment to young entrepreneurs, start-ups and Micro, Small and Medium Enterprises, saying it will not relent in supporting their dreams and aspirations.

“9mobile is very proud to be associated with this transformative initiative because a tech-hub will enable Nigerian youths to unleash their potential. We know there are talented people in Nigeria and this is one of the places that will allow ICT start-ups to flourish and deliver the level of innovation that they are capable of,” he said.

Beuvelet added that as an enabler of individuals and enterprises, the hub’s goals aligned with those of 9mobile.

“Our core value is innovation and we express this by raising the bar and fulfilling the aspirations of young entrepreneurs. We are here as enablers; providing best-in-class Internet services, because what is important to young entrepreneurs is to be connected to the world 24-7, and be able to compete on a global scale,” he said, while pledging continued support for local content and ICT development in Nigeria.

The Managing Director, Bank of Industry, Olukayode Pitan, said that the tech-hub was “targeted at promoting skill development, youth entrepreneurship and job creation, using new technology and innovation. BoI’s mission is to transform Nigeria’s industrial sector, so that new businesses will emerge as existing ones thrive.”

Also speaking, the Lagos State Governor, Babajide Sanwo-Olu, stated that technology development, a core pillar of his campaign, would receive the needed attention under his administration.

Sanwo-Olu, who was represented by the Commissioner for Science and Technology, Hakeem Fahm, thanked BoI, Vatebra Hub and 9mobile for partnering on the project while reaffirming his commitment to the development of technology in the state.

He said, “Technology is right there in my front; it is in my heart because of its importance to this age and the future. We will empower people to drive Lagos State with technology. The future of our country is not oil, it is our young people, and when you give them the right education, they will move our country forward.”

The statement described the Vatebra Hub as a BoI Corporate Social Responsibility initiative that provides tech- developers and entrepreneurs with affordable access to facilities such as constant power, high speed Internet and comfortable workspaces, which are essential to innovation and the development of world class-tech solutions.

It added that 9mobile was selected by BoI to provide high-speed and high-capacity Internet services at the hub in recognition of its superior quality of service.

According to the statement, another key ICT competency development initiative by 9mobile is the CodeLagos programme, which is offered in partnership with the Lagos State Government and seeks to train at least one million Lagos residents to write software code by 2020.