The bill which scaled Second Reading after consideration was referred by the President of the Senate, Senator Ahmad Lawan to the Committee on Establishment and Public Service Matters for further legislative input. 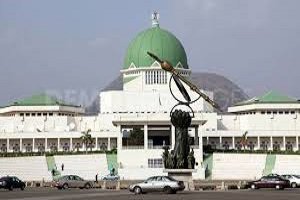 The Committee which is chaired by Senator Ibrahim Shekarau, APC, Kano Central is expected to turn in its report in two weeks. The bill is sponsored by the Senate Leader, Yahaya Abdullahi, APC, Kebbi North.

In his lead debate on a bill titled: A bill For An Act to Establish the Chartered Institute of Forensic And Investigative Professionals in Nigeria  (CIFIPN), Senator Abdullahi said that the bill would assist government in promoting transparency and accountability by putting in place sophisticated mechanisms to prevent fraud and white-collar crime, with the use of advanced audit technology.

Senator Abdullahi said, “Amongst its basic functions and objectives, this Bill seeks to create a platform which will produce qualified, dedicated, skilled and professionally trained individuals in the use of Forensic Science and Technological tools and the techniques of forensic and investigative audit in public and private sectors, using international best practices and skills in the discharge of their function

“Mr President, distinguished colleagues, going by its objectives, therefore, this Bill will promote high professional standards, ethics and etiquettes amongst her members in a bid to wipe out cases of the compromised auditing process and reporting and camouflaging of Accounting facts, figures and fraud prevention which is currently one of the banes of many practitioners in Nigeria.

“Interestingly, this Bill when passed will make provision for the training of professionals from other disciplines like Lawyers, Criminologists, and Security Experts, Judicial Officers, Court Registrars, amongst others that are desirous to become skilled in this unique practice of financial fraud prevention, detection and investigation. This is because Forensic and Investigative Professionals involve litigation support, court testimony and expert witness.

“This Institute has been actively involved in training of professionals from different fields, and has trained about 11,600 professionals within and without, and we have a total number of 9,600 qualified members from different fields like Internal Auditors, External Auditors, Lawyers, Criminologist, Security Experts, and Judicial Staff since its establishment in Nigeria.

“Prominent Nigerians like Accountant General of the Federation, Auditor General for the Federation etc. are part of the present membership. The institute has about 3,600 students across the country. These students are expected to undergo qualifying examinations from stage one -stage three.

“Mr. President, distinguished colleagues, the Institute which this Bill seeks to establish is already in existence in many anti-fraud leading countries such as Canada, America, Australia, India amongst others, thereby making it to have partners and associates to work with closely in areas of training, information sharing and exchange of ideas.”

Reading the benefits of the Bill, Senator Abdullahi said, “one major advantage that this body would bring to our anti-corruption fight and crusade is that, it will not only partner with relevant government agencies, it will also help to train their agents and certify them on the use of science and technology of forensic and investigative audit skills in preventing frauds in their various organizations.”

According to him, when the Bill becomes law, it would strengthen the nation’s institutional frameworks in line with global standards and competitiveness; stimulate public confidence, and enhance transparency and accountability in Nigeria’s economic system and our national lives; guarantee safety and Direct Foreign Investments (DFIS) in our the country. The Bill, among others, also seeks to leverage on the skills already acquired by thousands trained forensic experts in Nigeria and Africa at large, to offer training and retraining of personnel in order to broaden and ensure active participation from various relevant organs of government; popularize the art and use of science and technology of forensic for fraud prevention; and create employment opportunities.

In his contribution, Senator Ayo Akinyelure, PDP, Ondo Central noted the passage of the bill “will do a lot in uncovering fraud in our financial system.”

According to him, the establishment of the Chartered Institute of Forensic and Investigative Professionals would uncover funds hidden in banks across Nigeria.

“Today, Mr. President, many funds are hidden in our financial institutions running into trillions of naira, but because the technology required to uncover these frauds are not in place, the establishment of this particular professional body will go a long way to uncover most of these funds.

“Mr. President, I want to commend the leader of the Senate, for presenting this bill at this material time, when the nation’s economy is in a state of tenterhooks.

“We can no longer fund our budgets, but some Nigerians are richer than this country, and the monies are hidden in the banks for no use.”

FirstBank to support up skills, capabilities of SMEs operators – CEO