The Standards Organisation of Nigeria (SON) has urged importers to venture into manufacturing to create wealth and job opportunities for the nation’s teeming unemployed youths. 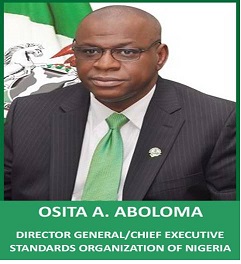 The  Director General,  SON, Osita Aboloma said that the importer should make efforts to establish manufacturing and assembling of electronic products  to boost trade.

Aboloma said such initiative would ho a long to save the country’s foreign exchange since most of what is imported into the country can be manufactured locally.

He advised importers to get the required standards to make their products competitive, noting that with the African Continental Free Trade Agreement (AfCFTA) accented by President, Muhammadu Buhari, Nigerian manufacturers must up their game so as not to be overwhelmed by foreign goods.

He said, “Instead of faking established brands, build your own brands and make money from it. We are also advising them to go into manufacturing, we cannot continue to depend on import of electronic products.

” For example, Made in Nigerian cable is one of the best  all over the world. The electronic  products  importers should emulate the cable sector by going into manufacturing. 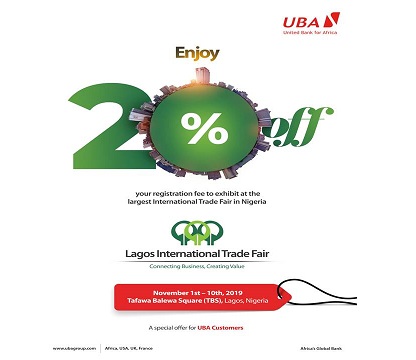 ” We are open anytime to help you to  in selecting the materials and he equipment and you start producing. This is better for you and for the economy at large.”

He pointed out that SON has in its warehouse substandard electric cables waiting for court order to be destroyed, while also restating it’s commitment to bringing down the influx of substandard goods into the country.

“We are ust waiting for the court order to destroy, while we have obtained court orders for some of them, very soon we are going to do destruction so that people will see the extent we have gone in this fight and we are not going to relent on our effort in our fight against substandard product. It is a very huge market filled with a lot of smugglers bringing in goods without SONCAP certificates. We fish out these people by going to their warehouses and even outside the market. It is a continous fight and we are really making progress,” he added.

He stated that the electronic dealers have agreed to join hands with SON to fish out the bad eggs giving Alaba international market a bad name, saying that the workshop was aimed at bringing back the lost glory of the biggest market in West Africa.

He said in line with the federal government’s commitment to creating an enabling environment for the ease of doing business in Nigeria, the agency has come to further demonstrate its deep commitment to continual improvement in products and services delivery.

He added that SON has made concerted efforts to facilitate trade and fast track the import process by upgrading its portals to be functionally active, reduce its service charges, reduced the turn around time through automation and currently test-running the deployment of electronic demand notes, receipts and cargo clearance to reduce the turnaround time and human contact in its service delivery.

He highlighted that the agency’s sensitisation visits have created great positive impact in its industry, stating the association’s readiness to collaborate with SON to drive its zero tolerance for substandard imports programme.

“We are here for you as brothers, friends and partners in progress to comply and collaborate with you to ensure product quality and standard and at the same time look forward for an up-to-date information on standardisation and its benefits, advice and assistance on your product quality management for an improved cost effectiveness and adequate technical support to match the quality required for competitiveness in global trade,” he said.

He appealed to SON to regulate the movement, arrest and closure of warehouses by working with the office of the Executive Chairman of the association.
The president general, EDAN, High Chief, Stephen Agabige, commended SON’s enforcement activities in the market, saying that before now it was very difficult to sanitise the electrical market, but for the intervention of SON it is gradually winning the war.

“When they came here last week, we took them round in our bid to show our support to SON and to say that we are not in support of fake products in our market. We showed them the people who indulge in fake products. We also have a committee established to ensure sanity in our market. We have also given them more power to carry out their duties and in two or three weeks time, every product in our market will be original,” he said.

He urged dealers to do the right thing, alluding that the sensitisation was an eye opener for most importers to make them competitive.