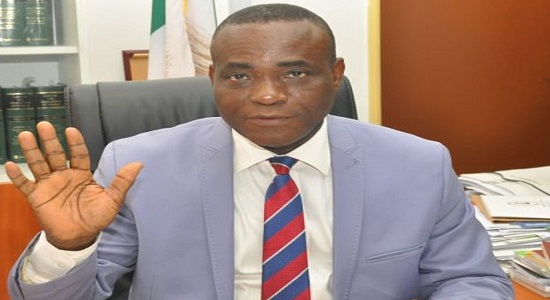 Augustine Ehikioya in Abuja writes saying If the words of the Senior Special Assistant to the President on National Assembly Matters (Senate) Ita Enang are anything to go by, more than N2 billion will be spent on the controversial RUGA Settlement this year.

Enang urged state governments, particularly those in the southern part of the country, to make land available for the smooth take-off of the RUGA cattle settlement programme.

Enang made the call in Abuja when he hosted Students of Law School Abuja from Akwa Ibom.

He said the call became imperative in view of the fact that the Federal Ministry of Agriculture and Rural Development had budgeted N2.258 billion for the implementation of the scheme.

“The word – ‘RUGA’ is not derived from Hausa or Fulani, but an acronym for Rural Grazing Area (RUGA) initiated in 1956 during the colonial era and is not intended to islamise, fulanise or colonise anybody.”

The presidential aide identified the first Ruga programmes as the Obudu Cattle Ranch and the Yankari Games Reserve.

He said that in places like the north, earth dams were constructed to cater for cattle, adding that there was a yearly allocations for the continuous funding of grazing areas.

Enanga said: “Ruga is not a plan to seize land from people neither is it meant to fulanise or colonise anybody.

“The Programme is meant to address the issue of cattle roaming and destruction of farmland which would put an end to the herders/farmers crisis.”

He also dismissed the assertion that members of the national assembly were against the implementation of the Ruga programme, saying the Assembly approved funds for the scheme.

“Besides the over N2 billion appropriated for the Ruga there were also budgeted sum of N300 million for water sanitation, N400 million development for sweet potatoes, N350 million for ginger development amongst several other budgeted,” Enang further noted.

He maintained that the budgetary allocation for Ruga was meant to promote cattle breeding and meat production.

“Ruga programme is an integrated farm system which has schools, good road, tractors and mechanisation, agricultural integration with a provision for primary healthcare and veterinary clinics”, he said.

Enang explained that since 1999, he had been hosting students of Law School from Akwa Ibom State but this was specifically to enlighten them on the objective of Ruga programme.

He, therefore, appealed to all Nigerians to stop politicising the implementation of the Ruga policy.

Some students, who spoke at the event, said they had not known much about the Ruga issue because government was yet to enlighten them on it.

‘No plans to relocate NGC headquarters from Niger Delta’