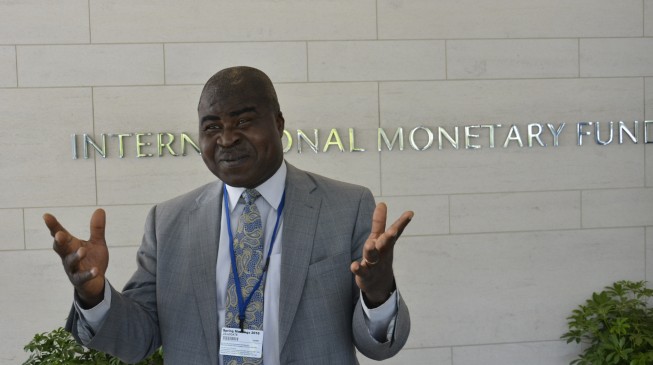 Moses Tule, director of monetary policy at the Central Bank of Nigeria (CBN), says about N4 trillion from 2016 budget is yet to be implemented and will be implemented within now and July.

Speaking in an interview with Arise TV, Tule said about N12 trillion to N13 trillion will be spent by government in 2017, and this will by all means get the country out of recession.

Explaining the reasons behind the optimism of Godwin Emefiele, governor of the CBN, on why Nigeria will get out of recession before the end of September, Tule highlighted actions by fiscal authorities corroborating money policies.

“The economic growth plan has been launched, the IMF had cautioned that it is a good plan but that government should be very careful to follow through on the implementation, and I’m very sure that the fiscal authorities have taken that message very clearly,” he said.

“We also have about N4 trillion from 2016 budget to be implemented between now and June or July. If we add that together, you are talking about maybe 12 to 13 trillion charted  into this economy.”

“Given the tempo of injection of capital from the capital budget, you can see that things are already trying to pick up. For the first quarter alone, 18 key activities recorded very substantial growth.

“That underscores the optimism. Besides the stability we’ve seen, all that happened in the first quarter were against the kind of rigidity we still have in the foreign exchange market.

Soyinka to Sahara Reporters: Be careful now your location is known