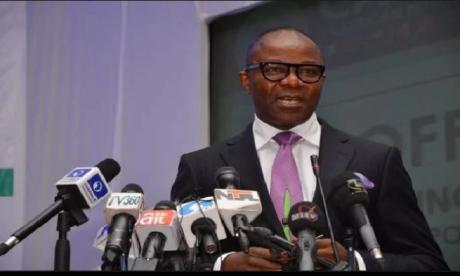 • As Govt Strategises To Pay Oil Marketers, OthersLack of direction of the Federal Government’s Price Modulation Policy, is responsible for the present confusion rocking the downstream sub-sector of the country’s oil sector.Indeed, with the Nigerian National Petroleum Corporation (NNPC) being the sole importer of petroleum products; the Petroleum Products Pricing Regulatory Agency (PPPRA) being unable to review its template for 16 months; inability of the government to state in categorical terms, if the sub-sector is still regulated, and government’s inability to pay marketers about N720 billion outstanding subsidy payment, are all fallouts of the absence of a regulatory framework for the sub-sector.

In coining the term “price modulation,” the Minister of State for Petroleum Resources, Dr. Ibe Kachikwu, explained that the rationale behind the adoption of price modulation was to get past the mistakes of the past, and for the first time in the nation’s history, allow market forces to determine the prices of petroleum products.

Kachikwu had explained last year that petroleum prices would be reviewed quarterly to ensure it reflects crude oil prices at the international market. This quarterly review last happened in May 2016.

“It will no longer be something that is fixed at a particular price. We will be looking at the prices of crude once a quarter to see how close to the prevailing prices we are,” he said.While offering explanations on why government supplanted subsidy removal with price modulation, Kachikwu insisted that modulation is meant to reduce the amount of money government pays on subsidy.

His explanation: “This has nothing to do with subsidy removal or whatsoever. There has been so much emotion around the subsidy issue. My view is that the Federal Government should not spend as much as it is spending on fuel subsidy. This year the Federal Government has spent about one trillion naira on subsidy payment. So, what I am trying to do is not to spend that kind of money. We all know that the President wants to ensure that in whatever we do, poor people are not adversely affected. He has asked that we should do this in a way that palliatives be provided for some of these  . . . So, what we are doing has become more intellectual and no longer yanking off numbers and whether it should go or not.”

Indeed, marketers had lamented last year that the non-provision for subsidy in annual budget would ensure the piling up of unpaid arrears, which have come to pass in 2017.The claims by the Federal Government that it is not removing subsidy, and at the same time failing to make provision for subsidy payment in both the 2016 and 2017 budgets, is already causing panic amongst marketers, who fear that government would owe them for long period of time if the price of gasoline skyrocketed in the international market.

A marketer who spoke to The Guardian on the condition of anonymity said: “The absence of a policy direction about the thinking of government is unsettling the market. Government claimed that it is not stopping subsidy, but did not make provision for it in the 2016 and 2017 budgets, and also said it is adopting price modulation for what? Government should come out and, in plain language, tell Nigerians, as well as, marketers what its plans are. The way things are now, there is suspense in the system. We need government to tell us what its direction is. The situation on ground now appears to be what can be described as speaking from both sides of the mouth and that is not good for the system.”

A former Executive Secretary of PPPRA, Farouk Ahmed, said last year that the sum of N2.6 billion has accrued into a special account in the Central Bank of Nigeria (CBN) since the petrol price modulation regime came into force on January 1, 2016.

He said: “As at February 12, 2016, because we verify based on what was imported, about N2.6billion had accrued to that account. The fund is still low because most of the cargoes arrived in December last year. The PPPRA has already communicated to the appropriate authorities that we are in the regime of over-recovery.”

While the erstwhile executive secretary hinted that the PPPRA would on the 15th of March, 2016 begin to collate data on the trends in the industry between January and March to determine the components of the template for the second quarter, there are indications even in 2017 that such data gathering was not put into use as there has never been price adjustment beyond the decree of N145 existence in May last year.

Ahmed had also informed The Guardian that labour was not part of the final negotiation on the price modulation before its adoption because it was seen as strictly a technical matter.

However, signs that the PPPRA was clearly in the dark on how to implement the price modulation came into light when the new executive secretary of the agency, Abdulkadir Umar Saidu, assumed duty in April this year.He told the staffers in his first meeting with them that they should brace up for challenges that would be thrown up by the passage of the Petroleum Industry Governance Bill, and what he termed “current trend” in the industry.

With the price modulation template of the PPPRA now gone for 16 months without review, what is also even more worrisome is the imminent impact of the non-remittance allegation often levelled against the NNPC, by the federation account, as the nation is spending monies that it does not have.

Currently, the NNPC imports petroleum products, and also defrays from the proceeds of oil sales on behalf of the government. This causes many to conclude that there is an imminent clash between the NNPC and the federation account.Presently, no government agency can provide evidence of what the federation is owing the NNPC as monies spent on the importation of petroleum products. Even the PPPRA is said to be at a loss on the amount and the processes that led to specific debts.

A source at the PPPRA told The Guardian last night that challenges confronting the agency include, the non-passage of the PIG Bill by the House of Representatives, as well as, the slow movement of the Presidency in getting the bill passed by the lower house for assent by President Muhammadu Buhari.Meanwhile, the Federal Government may have concluded arrangements to ensure payment of all outstanding debts in the country, including the petroleum subsidy arrears.

Spokesperson for the Ministry of Finance, Salisu Na’Inna, who told The Guardian that government will soon settle all its outstanding debts, listed the obligations to include, dues owed to state governments, oil marketers, power generation and distribution companies, suppliers, contractors and several others.

Only last week, oil marketers operating under the aegis of Major Oil Marketers Association of Nigeria (MOMAN); Independent Petroleum Marketers Association of Nigeria (IPMAN); Depot and Petroleum Products Marketers Association (DAPPMA), and Independent Petroleum Products Importers (IPPIs), said the Federal Government’s delay in paying all outstanding subsidy arrears of over $2 billion (N720 billion), has made it difficult for them to remain in business.The group’s legal adviser, Patrick Etim, revealed that the marketers were owing their workers over eight months’ salaries due to the inability of the government to service its indebtedness.

The power sector has broken down completely, the government declared on Thursday after its activities…

Their excellencies, creative with styles, women in filmmaking; the Nollywood cash madams