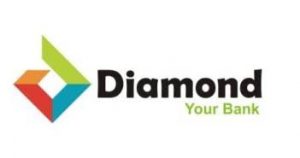 Banks in Nigeria are at war with one another and as the recession bites harder and available deposit opportunities shrink, the war is predictably getting tougher. Fewer fresh scalps are being claimed in the headhunting deposit mobilization dogfight and as most banks have downsized all they could in the bitter business of getting the right staff for the highest returns, kit appears time has come for the Chief Executive Officers of these banks to head to the field for a marketing pitch that could define who wins and who loses.

First to get into the ring with boxing gloves and all are two mid-tier banks, Access Bank and Diamond Bank. I am not sure others soon would not join in what looks like the beginning of a financial services WWE Royal Rumble.

Bad thing is these two guys that entered the ring ahead of others may likely get all the attention for merely being the “first.”

I think it was (to the best of my knowledge) ARM Pensions that led the way in the use of CEOs for advertising campaigns. I recall there was this radio commercial which had past CEOs of ARM Pensions and the current CEO talk about the value propositions of the pensions company.

I kind of liked the ad especially since it seemed to connect the past to the present and show that erstwhile CEOs are still part of the company even when their tenure had gone.

ARM used only radio. But the CEOs of Access Bank and Diamond Bank are reaching out to the market on strong television commercials that are pitching the strength of the two institutions to a wearied market in search of fresh opportunities for recovery and growth.

Many people found it rather strange when Access Bank’s CEO, Herbert Wigwe starred in the bank’s marketing communication campaign themed, “The Tomorrows People.” I remember coming across a Facebook user wondering why the CEO of a bank should star in the television commercial of his own bank.

It was then it hit me that a CEO model in the television commercial of his own company stands the chance to make a more believable marketing proposition than a thousand celebrity endorsements.

Apart from cost savings (since there would be no need to pay huge fees to models and stand the risk of disputes should one violate any terms of the contract), the CEO stands a stronger chance to convince people of what the brand stands for than models and celebrities that the public know are hired hands.

I am not sure I know who was first with to begin production but the fact that Access Bank hit the screens first suggests Diamond may have tried to improve on what the former delivered with its own TVC and tried to do theirs a bit different. 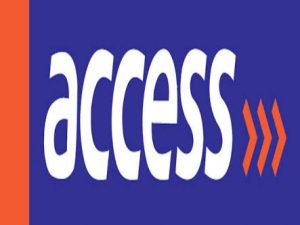 Access Bank anchored their TVC straight from their pay-off and logo which sits on its 3S of Speed, Service and Security.

In the TVC, the CEO Wigwe is seen motivating his potential customers to not wait for the future but rather move to create it now.

“The best way to wait for the future is to create it,” was hois opening statement as he goes on to state the strengths of his bank and how it is ready and willing to partner with those who want to create the future in order to make it possible.

It is a compelling commercial and although WIgwe looked like he is too static and rushing his lines, he was very believable. There is also this challenge of showcasing the skylines of another city. The Lagos Skylines with all the highrise buildings on the Marina and even Banana Island should have been good enough so it connects to Nigerians who will certainly see and recognize that surely, this bank is talking about us and not another country.

I am not sure any other commercial, since the history of Access Bank had sold the bank better than this TVC.

Enter Diamond Bank and its CEO, Uzoma Dozie whose youth comes to good use in selling the Mobile Bank App of the bank. The TVC begins in a boardroom and unlike Wigwe, Dozie is dressed down. Dressed in all black, he stands from the boardroom and puts on his jacket as he walks towards the staircase.

He emphasizes in his opening statement that he like getting things done quickly (same as Access’ proposition) and with ease.

Great thing here is you are convinced Dozie is in a Diamond Bank office. The architectural layout of the set has the look and feel of all the bank’s buildings.

On his way out, a lady who is playing the part of his Personal Assistant comes along with a file and he waves her off stating that “there are things he never likes to delegate.”

I am not sure there is ever a file that will have PERSONAL ASSISTANT printed on it and that is why I believe this shot was superfluous and an obvious overkill. That he does not allow others to “book flight tickets for his wife not “book those movie tickets for the kids” does not mean his PA should carry a file with “PA” printed on it.

That said, he was also convincing and in exactly 45 seconds, he was able to capture the basic, attractive essentials in the Diamond Mobile App.

But again, there is overkill. Uzoma Dozie is the CEO of the bank. Right there on the executive floor, he is seen being attended to by his PA and although he turned down the PERSONAL ASSISTTANT file she was giving him, there is not a good reason why he should wrap up the commercial with the closing statement of “Who needs a PA?”

If he does not need a PA, what is the point in keeping the lady on the job? I think in trying to capture the emotional part of the efficiency of the App, the CEO said a few things that were not consistent with efficiency.

Having said that, Access Bank and Diamond Bank delivered strong CEO promises that customers, existing and prospecting can relate with. Everyone desires to be attended to by the best in a company they are patronizing and if the CEO is the one engaging you, stronger believability and trust are extracted from the community. by brandish.com.ng

BBNaija: Why I did not discuss my children with other housemates – Thin Tall Tony (VIDEO)