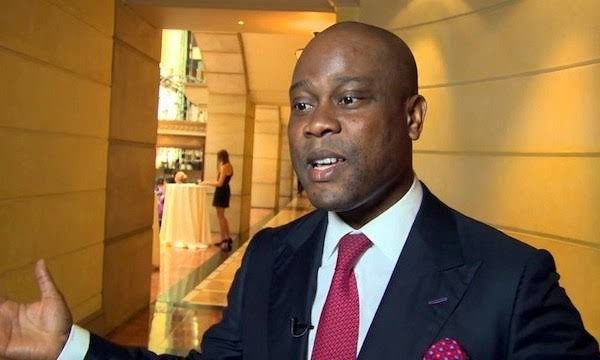 Access Bank Plc on Friday said it would be well positioned to attract more opportunities from international partners with its Diamond Bank merger.

Mr Herbert Wigwe, the bank’s Chief Executive Officer, said this in Lagos while speaking on the benefits of its merger with Diamond Bank Plc.

Wigwe said the bank, after the merger, would attract more opportunities such as trade finance from international partners.

“With the final merger of both banks and the status of the resulting entity as ‘the largest bank in Africa’s largest economy,’ this greatly bolsters the bank’s brand, opening doors of opportunity both in local and international markets,” he said.

Wigwe said the merger was expected to produce the largest banking group in Africa based on its number of customers with more than 29 million customers.

“The resulting entity which will maintain the brand name Access Bank, but with Diamond Bank colors, will have more than 29 million customers, 13 million of which are mobile customers,” he said.

Wigwe said the bank would be a continental force with presence in 12 countries, 3,100 ATMS and nearly 32, 000 Point of Sale.

“As a continental financial force, it is set to attract more opportunities such as trade finance from international partners seeking multinational lenders with local intelligence,” he stated.

Wigwe said that the Central Bank of Nigeria and the Securities and Exchange Commission had granted both banks approval in principle for the merger.

According to him, the final approval will come after the shareholders meeting to be convened by both banks in the first week of March.

He noted that the whole merger process was expected to be completed in the first half of 2019.

“With the final merger of both banks and the status of the resulting entity as ‘the largest bank in Africa’s largest economy,’ this greatly bolsters the bank’s brand, opening doors of opportunity both in local and international markets,” Wigwe added.

The News Agency of Nigeria (NAN) reports that the board of Diamond Bank in December confirmed its merger with Access Bank Plc, which is expected to be completed in the first half of 2019.

Mr Uzoma Dozie, the bank’s Chief Executive Officer, said in Lagos that the board had selected Access Bank as the preferred bidder with respect to a potential merger of both banks.

Dozie said the potential merger of the two banks would create Nigeria and Africa’s largest retail bank by customers.

He said the transaction to be completed in the first half of 2019 was in the best interest of all stakeholders including, employees, customers, depositors and shareholders.

Dozie said the completion of the merger was subject to certain shareholder and regulatory approvals.

“The proposed merger would involve Access Bank acquiring the entire issued share capital of Diamond Bank in exchange for a combination of cash and shares in Access Bank via a Scheme of Merger.

“Based on the agreement reached by the boards of the two financial institutions, Diamond Bank shareholders will receive a consideration of N3.13 per share, comprising N1 per share in cash,” he said.

“The offer represents a premium of 260 per cent to the closing market price of 87k per share of Diamond Bank on the Nigerian Stock Exchange (“NSE”) as of Dec. 13, 2018, the date of the final binding offer,” Dozie said. (NAN)

Kindly Share This Story: The Federal Government has signed a Memorandum of Understanding with Sealink…