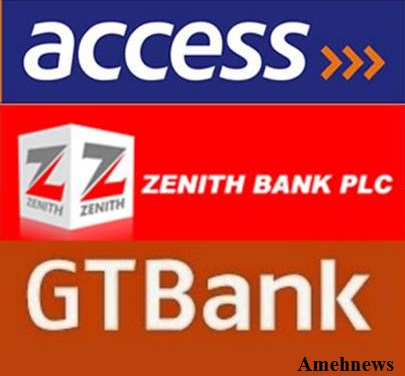 Management of The Nigerian Stock Exchange (The NSE) over the weekend released traded data from (5working days) Monday through to Friday August 7-11, 2017 on the floor which shown Access Bank Plc, Zenith International Bank Plc and Guaranty Trust Bank Plc came top three among other equities that traded on The NSE by volume which accounted for 500.113 million shares worth N11.910 billion in 3,870 deals, representing 32.95% and 41.26% to the total equity turnover volume and value respectively.

The three banks contributions has reflected on the overall financial services sector performances which measured by volume with 1.178 billion shares valued at N14.445 billion traded in 11,520 deals, thus contributing 77.63% and 50.04% to the total equity turnover volume and value respectively.

Also traded during the week were a total of 2,461 units of Exchange Traded Products (ETPs) valued at N296,837.94 executed in 9 deals compared with a total of 1.166 million units valued at N16.169 million transacted last week in 17deals

The NSE All-Share Index appreciated by 2.07% to close the week at 38,198.60 and Market Capitalization stood at N13.166 trillion respectively.

Similarly, all other Indices finished higher during the week with the exception of the NSE Premium, NSE Banking, NSE Insurance and the NSE Oil/Gas Index that depreciated by 1.64%, 0.94%, 3.02% and 2.78% respectively while the NSE ASeM Index closed flat.

In analysis the market for the week showed a mixed reaction like 102 equities unchanged in price compare with 105 equities price were unchanged last week while 32 equities appreciated to 38 last week which is declined.