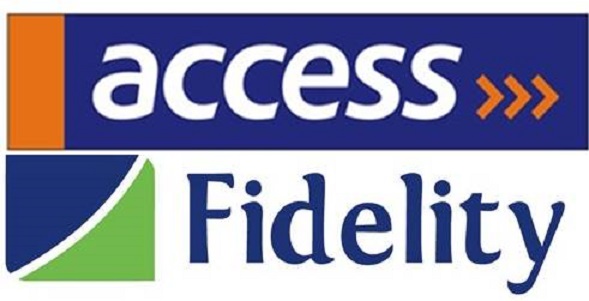 The Management of the Nigerian Stock Exchange (NSE) at the end of this week released its traded data showed the Top Three Equities as follows Access Bank Plc, Transnational Corporation of Nigeria Plc and Fidelity Bank Plc, which accounted for 489.178 million shares worth N1.731 billion in 1,665 deals, contributing 36.69% and 17.90% to the total equity turnover volume and value respectively.

In other traded data released are the Financial Services Industry which led the activity chart with 960.307million shares valued at N6.098 billion traded in 9,675 deals; therefore contributing 72.03% and 63.06% to the total equity turnover volume and value respectively.

In the same vein, a total turnover of 1.333 billion shares worth N9.671 billion in 16,300 deals were traded in the week under review by investors on the floor of the Exchange in contrast to a total of 896.748 million shares valued at N5.918 billion that exchanged hands last week in 11,185 deals. 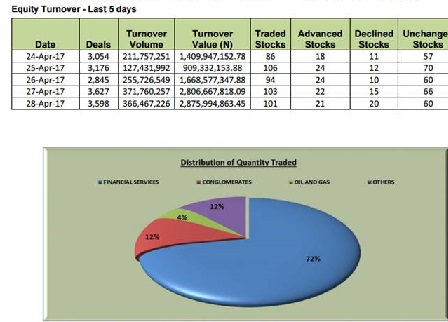 “A total of 4,705 units of Federal Government Bonds valued at N3.934 million were traded this week in 4 deals, compared with a total of 1,311 units valued at N1.346 million transacted last week in 7 deals.

“The NSE All-Share Index and Market Capitalization appreciated by 2.26% to close the week at 25,758.51 and N8.913 trillion respectively. Similarly, all other Indices finished higher during the week with the exception the NSE Insurance, NSE Consumer Goods and the NSE Lotus II Indices that depreciated by 0.17%, 0.05% and 0.97% while the NSE ASeM Index closed flat.