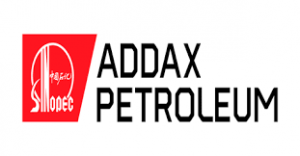 Since re-establishment the case of Malabu $1.1 billion deal which invloved in the calculation of royalty and taxes from the crude oil Production Sharing Contract of OMLs 123, 124, 126 and 137 by Addax pertdue to the government.

According to the report, a spokesperson, Dorothy Adake, in an email sent to PREMIUM TIMES on Tuesday morning saying: “Addax petroleum is unable to comment as the matter is the subject of litigation. Rest assured that Addax is a responsible corporate organization which upholds high ethical standards and carries out its business in line with the laws of its host countries.”

In the news, it was reported that the management of Addax Petroleum Nigeria Ltd on Saturday confirmed that Geneva Prosecutor’s Office was conducting a criminal investigation into allegations focusing primarily on the company’s business in Nigeria.

Which the report of the company’s Communications Officer, Michael Owhoko, confirmed in a statement in Lagos that the Chief Executive Office of its Geneva Office, Zhang Yi, and the legal director were under arrest.

Owhoko went further to said, Addax Petroleum is taking the matter seriously and will be responding appropriately to the investigation.

“This matter is the subject of an ongoing investigation, we are unable to comment further at present,’’ it said.

The News Agency of Nigeria (NAN) reports that the chief executive officer and legal director of Addax Petroleum, Geneva, have both been arrested in Geneva and charged with suspected bribery of foreign officials.

The spokesman for Canton’s Prosecutor, Henri della Casa, had told Reuters on Friday that a criminal procedure had also been opened against the company — bought by China’s state-owned Sinopec, Asia’s largest oil refiner in 2009.

“I can confirm that the Geneva prosecutor has opened a criminal investigation into bribery of foreign officials and that the company, Addax and its director-general and legal director are the subject of it,’’ della Casa said. (NAN)