The Secretary General, Africa Continental Free Trade Area (AfCFTA) Secretariat,  Mr Wamkele Mene has said that a recommendation has been sent to African Heads of States on the feasibility of sticking to the July 1 take off date of trading among countries under the agreement. He said that the feedback from the Heads of State was being awaited. 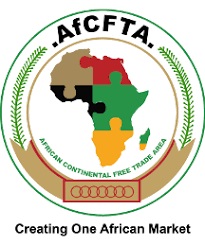 Mene spoke on Friday at a webinar on “AfCFTA Implementation Post COVID-19” organised by  the secretariat in collaboration with the American Business Council and US Africa Business Centre. Nigeria is among the African countries that have endorsed AfCFTA which aims to redefine trade relations within African states and beyond.

It proposed creating a single market for goods and services, with free movement of people and investments across 54 countries.

The agreement also has a dispute settlement mechanism similar to the one set up by the World Trade Organisation (WTO).

Mene said a recommendation had been made to African leaders on the implementation of the agreement,  following the ongoing Coronavirus pandemic that had forced many countries to shut their borders.

He said: “Trading is supposed to begin on July 1 and 28 countries have already ratified the agreement to be bound with the legal obligations out of the 54 countries that signalled their intention.

” However, due to the COVID-19 pandemic, 42 countries in Africa are under border closure or partial lockdown.

“The governments are focused on saving lives and businesses, which makes a lot of sense.

” We have sent a recommendation to the Heads of States on the feasibility of sticking to the July 1 take off date and we are waiting for them to give us feedback.”

The secretary general maintained that proper implementation of AfCFTA would help Africa mitigate the economic impact of the COVID-19 pandemic, as it would lead to mutually beneficial investments and job opportunities.

According to him, Africa has a market of 1.2 billion people; it has a combined Gross Domestic Product of $2.5 trillion, and about 400 continental companies that earn annual revenues of $1 billion or more.

He said: “Through the AfCFTA,  we have an opportunity to reconfigure our supply chains, to reduce reliance on others and to expedite the establishment of regional value chains that will boost intra-Africa trade.

“AfCFTA is an opportunity to confront the significant trade and economic development challenges of our time, including market fragmentation smallness of national economies; over-reliance on the export of primary commodities and narrow export base.

“This is caused by shallow manufacturing capacity; lack of export specialisation; under-developed industrial regional value chains; and high regulatory and tariff barriers to intra-Africa trade amongst others.

“The result of all of this, is a very low percentage of intra-Africa trade of 18 per cent,” he said.

Mene said AfCFTA had  the potential to be a catalyst for industrial development, placing Africa on a path to exporting value-added products, improving Africa’s competitiveness both in its own markets and globally.

He maintained that AfCFTA should not be perceived to be benefiting only a handful of relatively industrialised countries in Africa but all African businesses.

Buratai Rules out Dialogue with Bandits in North-west