……. summed the outrage over her untimely removal despite giant strides thus

Chinelo Anohu-Amazu, Director General of PenCom, nearly moribund parastatal who is enthusiastic to the Commission’s plan to reactivate with increase coverage in the nearest future. 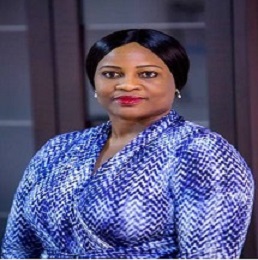 PenCom under her watch has shored up the Retirement Savings Accounts (RSAs) subscriptions from 5.39 million to 6.89 million within a period of three years. Her leadership successfully completed the establishment of PENCOM offices in the six geopolitical zones to save Nigerians the stress of travelling all the way to Abuja when they have issues or needed to make enquiries on the pension industry.

“We have to make sure that when the money comes in, it is going somewhere. I am a big fan of doing things that people can see, like roads, bridges and houses”

Anohu-Amazu describes the planned activities in the commission as “the next revolution in the Nigerian pension reform”, and one of the most ambitious projects for the pension system – referred to as the Contributory Pension Scheme. The plan, which should be launched this year, will provide a ‘micro-pension’ to workers in the ‘informal sector’, which includes casual jobs, temporary jobs and those working in subsistence agriculture, she added.

“Some people have said that is near impossible. But the pension reform was met with the same sceptical attitude when we began and it happened. That makes us hugely optimistic,” says Anohu-Amazu.

The Nigerian enemies in the wheel of progress’ are at work again. Why Nigeria always be the enemy to themselves if they see where progress is happened the next thing is to distracted the sector from advances.

This woman has put her blood into the nearly moribund pension matters and with the sector have over billions Naira waiting to be directed into infrastructure to better citizens’ lives.

Others opinioned that the looters are coming to the penCom loots the said billions of Naira that the woman has labour to gather.

Read this, “the revolution”, Anohu-Amazu says, will only take place if PenCom engages directly with those informal workers. For that reason, she has set up a new department at PenCom to deal exclusively with micro-pensions. “Our staff has to go into the streets and sensitise people. We have to build trust.”

PenCom DG explains that the much of the country’s working population is in the informal sector: “There are at least 32m people who are actually working but because it’s informal employment they are out of the pension system.”

“That population of informal workers is heterogeneous, as some are low-income workers, while others have high incomes, she adds. Workers can be both employees of small businesses and self-employed, such as Nigeria’s myriad of traders. The informal sector includes entertainment professionals of the emerging Nollywood industry, such as actors and musicians are not captured by the CPS, so she initiated and completed all the plans to roll out the Micro Pension Scheme before her removal. This will enable artisans, Akara seller, drivers, okada riders, etc. to save for their retirement.

“The efficacy of the PRA 2004 showed in the lifting the nation’s pension liability from over N2 trillion deficits inherited at the takeoff of the reform, to over N6.5 trillion of assets it boasts of today

She was later appointed the Acting DG of PENCOM in 2012. Among her major achievements was the innovative leadership and strict regulations and enforcements, which saw to the growth of the pension assets from N2.9 trillion as at her appointment as the Acting DG in 2012 to over N6.5 trillion in 2017
Anohu-Amazu has not only given PENCOM headquarters a deserving facelift, but has boosted staff morale through capacity building and welfare. She also showed the true woman in her by converting a hitherto redundant building at the headqurters to a world class Creche where nursing mothers keep their babies, breastfeed and attend to them to cut down on Nigeria’s child mortality rate as well as promote work efficiency.

A public analyst, therefore, summed the outrage over her untimely removal despite giant strides thus: “All things bright and beautiful, Nigeria kills them all”. However, FG’s ill-advised action and its implications for the industry notwithstanding, the self disciple lady of our time has moved on. And she would be remembered for her wonderful contributions, which came, who saw, and conquered. “PenCom operations are back to the darkness, again.”