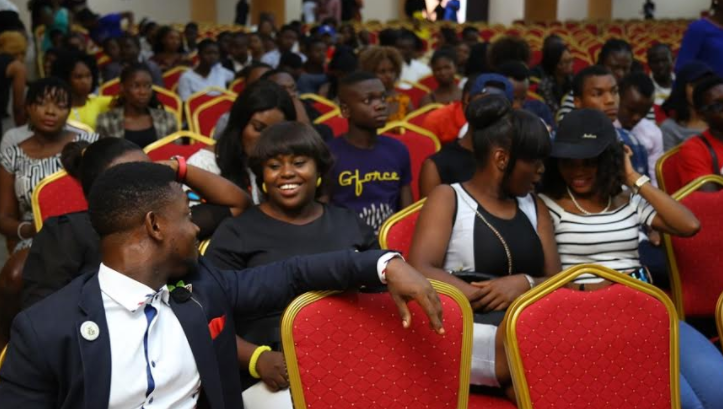 After three weeks of intensive training in directing, scriptwriting, acting and costuming, 220 students have graduated from the ‘So You Wanna Act’ workshop facilitated by Africa Film Academy.

The graduation ceremony held at the Imo Trade and Investment Centre, Owerri, was attended by prominent personalities from governance and the creative industries.

The graduating class will work on five film projects and will be mentored by notable filmmakers such as Paul Obazele, Eric Aghimien, Chima Okereke, Martin Gbados and David Uro.

George Eche, secretary to the government of Imo, who represented governor Rochas Okorocha, said: “By partnering and supporting the empowerment of this generation in their creative pursuits, we hope that future leaders of the industry will emerge from a coalition of these graduates.

“The assessment and recommendation of novel ideas as this by Lisa Asugha, Special Assistant on Special Projects as supported by Hon. Ugwumba Uche Nwosu, Imo State’s Chief of Staff is proof that the custodians of this government are visionary and forward thinking.”

Also speaking at the graduation ceremony was Peace Anyiam-Osigwe, founder of the AFA, who said: “The Africa Film Academy has set up the Eastern Heartland international film festival and Fund to be driven by private individuals and companies with the aim of encouraging the graduates to get moving with their projects.”

Peace also added that Imo state can easily become the hub of the movie industry in Africa.

“Economies such as California and others became robust as a result of the contributions of creative industry and I believe in the Africa Film Academy’s team’s ability to replicate our proven processes as seen in different parts of Africa in complementing the economic transformation of Imo State by our capacity building training schemes,” she said.