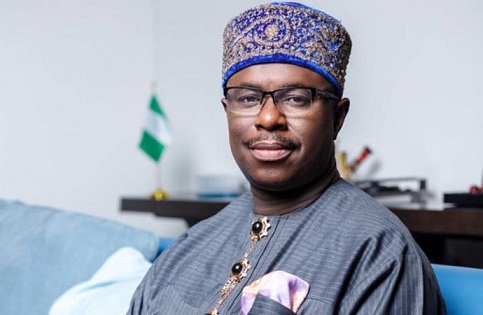 The AMAA Chairman who disclosed this to maritime journalists at the sidelines of the International Maritime Organisation (IMO) council meeting in London said that the continent through her leaders have put in place the necessary framework to tackle all forms of criminalities, which will guarantee safety and security of lives and property and help harness the benefits of the blue economy.

According to him, “some of the instruments being proposed to tackle crimes include; the Africa Integrated Maritime Strategy (AIMS) 2050, the Yaoundé Code of Conduct, the Djibouti Code of Conduct and the Lome Charter amongst other strategies”.

Speaking further, Dr. Peterside hinted that as part of its Medium Term Goals, AAMA as a body intends to partner Non-Governmental Organizations (NGOs) who are involved in rescue operations on the sea and international partners to tackle the challenge of migration by sea.

He also added that in order to stem the tide of illegal Migration, the Association is in the process of empaneling studies in selected African countries on illegal migration to enable them provide empirical data to the African Union for action.

“Let me assure you that African Maritime Administrations are determined to tackle the challenges in the maritime sector to maximize the benefits of the blue economy, but Africa and Africans are the ones to lead the search for solution to the problems plaguing African Maritime domain; the support of the International community will only be complimentary to the effort of Africans”, he averred.

It may be recalled that the 22nd Ordinary Session of Heads of States and Governments adopted the 2050 AIM Strategy and its Plan of Action, including a roadmap for the incremental implementation of the strategy.

Dr. Dakuku Peterside who is also the Director General of the Nigerian Maritime Administration and Safety Agency (NIMASA) was recently unanimously elected as the Chairman of AAMA during the 3rd conference of the Association that held at the Federal Capital Territory (FCT), Abuja.

Since his appointment, he has demonstrated commitment to making Africa maritime administration a pride in the comity of maritime nations through various collaborative meetings and wide consultations with Stakeholders and industry players, geared towards making the African continent take its rightful place in the global maritime space.

Kindly Share This Story:Sterling Bank Plc, in partnership with StearsData, has released an in-depth report…