NIGERIA’S Accident Investigation Bureau (AIB) at the weekend disclosed that it was seeking assistance from African Development Bank (AfDB) to fund the Safer Skies for Africa programme. 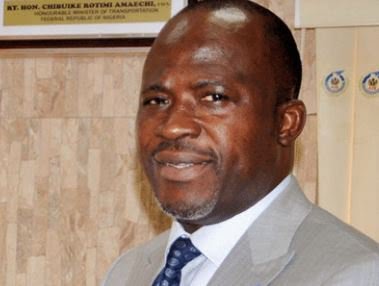 The bureau chief who gave reason says it was following the decision of the United States (U.S) government to discontinue its sponsorship of the programme from next year.

 
AIB Commissioner and Chief Executive Officer, Akin Olateru, stated this during a media briefing at the close of aib training seminar for African nations, called “Safer Skies for Africa” in Lagos.

The seminar which involved all Heads of accident investigation bureau from several African countries in an attended,  the programme which was sponsored by AIB and the U.S Department of Transportation.

Olateru said the U.S. government, which had sponsored the programme for many years, did not give any reason for its action.

The AIB chief further said the bureau decided to approach the AfDB to consider funding air safety in Africa due to the huge role air transport plays on the continent as an enabler of economic development.

He noted that the proposal to continental financial body to take as its corporate social responsibility (CSR) project.

According to him, the programme has impacted positively many African countries, which got training assistance from the U.S Department of Transportation and the National Transportation Safety Board (NTSB).

Olateru said: “Today, we have come to the end of the programme where we brought in African nations to an aviation safety gathering sponsored by AIB Nigeria in conjunction with the Safe Sky Africa, which is the Department of Transport in the U.S, and the U.S NTSB.

“Unfortunately, I heard the programme has come to an end as the U.S government will no longer sponsor the safe sky programme. This is very unfortunate because African has really benefited from this programme.

“I think we Africans should put heads together on how we can help ourselves. We have approached AfDB, under its corporate social responsibility, to take up sponsoring the programme. To help Africans, that is why we owe it to ourselves to work together as a team and strengthen aviation and make aviation a safer place to be.”

The AIB chief said talks were ongoing to partner the International Civil Aviation Organization (ICAO) to facilitate the mechanism for release of the funds from AfDB for execution of the programme.

Throwing more light on the programme, he said: “I cannot speak on behalf of the U.S government on why they decided to stop the funding the Safe Skies for Africa project. All I know is that we were told that the project has stopped. On the AfDB, I make bold to say this is my initiative of getting AfDB to sponsor this project to the benefit of Africa nations.

“There will be another meeting during the next ICAO Assembly on the clear-cut modality on how to get this done. So, talks are still on, on how to make this work.”

“I had a meeting with the ICAO president two months ago in Montreal, Canada. I had a discussion with him on how AfDB can continue to sponsor this project through ICAO because AfDB will not just release money to AIB Nigeria; it has to be an independent organisation, which is ICAO. It is not just to Nigeria but to African nations.