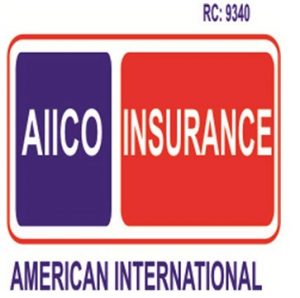 According to records from the floor of the Nigerian Stock Exchange NSE showed AIICO Insurance came Top of the Two other Equities Fidelity Bank Plc and Diamond Bank Plc accounted for 367.616 million shares in volume worth N277.747 million in 895 deals, contributing 34.95% and 3.46% to the total equity turnover volume and value respectively.

The NSE total turnover stood at 1.052 billion shares worth N8.031 billion in 13,586 deals were traded this week by investors on the floor of the Exchange in contrast to a total of 1.153 billion shares valued at N8.032 billion that exchanged hands last week in 12,783 deals.

The Conglomerates Industry followed with 43.996 million shares worth N70.390 million in 581 deals.

The third place was occupied by Consumer Goods Industry with a turnover of 30.487 million shares worth N1.767 billion in 2,565 deals.

The NSE All-Share Index and Market Capitalization depreciated by 1.38% and 1.79% to close the week at 25,340.02 and N8.770 trillion respectively. Similarly, all other Indices finished lower during the week with the exception of the NSE Banking and NSE Insurance Indices that appreciated by 0.44% and 0.90% respectively, while the NSE’s ASeM Index closed flat