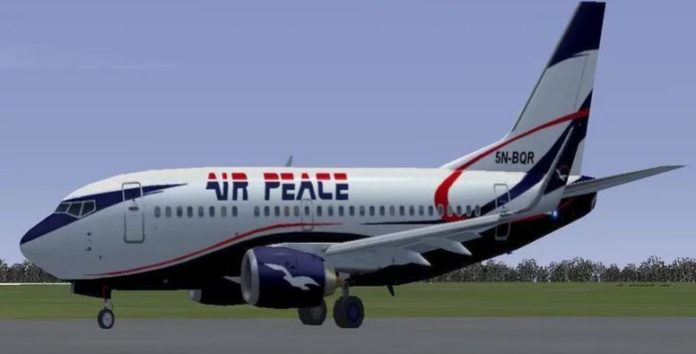 The airline’s first long-haul flight was scheduled to depart Murtala Muhammed International Airport in Ikeja at 8.00p.m. to arrive in Dubai at 5.00a.m. on Saturday.

Sabiu Zakari, permanent secretary in the federal ministry of transportation (aviation), commended the airline for its expansion efforts.

Zakari, who was represented by Hassan Musa, director of air transport management, said the government would continue to support Nigerian airlines for them to sustain their operations.

“We are proud of you. The government on its own will continue to assist domestic airlines,” he said.

“We have gotten waivers on aircraft spares and also opened a special foreign exchange window for them which shows the commitment of the government to our carriers.”

According to Musa, the government is ready to approve new international routes for domestic airlines and assist them in liaising with foreign governments through the ministry of foreign affairs.

Speaking at an event to commemorate the inaugural flight, Allen Onyema, Air Peace chairman, thanked Nigerians for their patronage, which he said, had made the company the largest airline in West Africa within four years of operations.

Onyema noted that the entry of the airline into long-haul services would end the exploitation and short-changing of Nigerians by foreign airlines.

“A six-hour flight from Lagos to Europe costs more than an 11-hour trip from Johannesburg to the same destination,” he said.

“So, we want to put an end to the exploitation of our people. We want Nigerians to know that patronising us instead of our competitors will put back their money into the country’s economy.

“We are optimistic that even if our competitors begin to drop their fares that Nigerians will be wise to stick with us.”

NAN reports that Air Peace has scheduled to operate flights on Tuesdays, Fridays and Sundays to Dubai while Mondays, Wednesdays and Saturdays would be for flights back to Lagos.

The airline is currently the only Nigerian carrier operating on the route, after flights services by Medview Airlines were suspended in March 2018