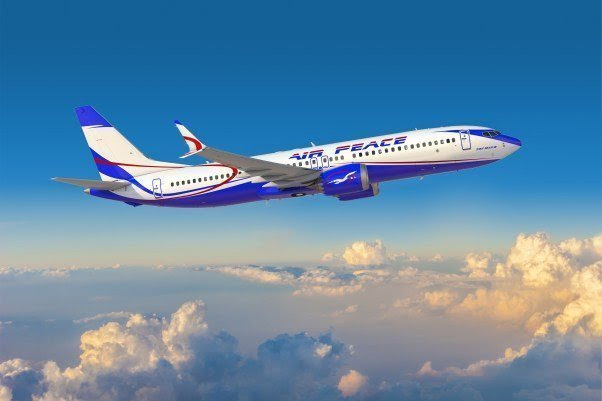 Nigerian carrier, Air Peace says flight operations to Sharjah, United Arab Emirates, and other international flights will commence in the next few days.

The airline made this known in a statement signed on Wednesday by its Communications Manager, Mr. Chris Iwarah, in Lagos

According to report Iwarah was qouted saying in preparation for its long-haul flights, Air Peace would be deploying its B777 aircraft to service its Kano-Abuja and Abuja-Kano and Abuja-Port Harcourt and Port Harcourt-Abuja routes on May 3.

The airline is desirous of having members of the public make their contributions to its international offering, said Iwarah

“We want them to own the high-quality service we hope to provide to give Nigerians, Africans and other members of the flying public a great alternative on some important international routes.

“In few days, we will be announcing a firm date for the commencement of our Sharjah, United Arab Emirates service. “Dubai, Johannesburg, London, Houston, Guangzhou and Mumbai will join our international route network soon after the launch of our Sharjah service.

“We are sparing no effort to deliver a long-haul service members of the flying public will truly be proud of,” he said.

Iwarah said the airline had so far acquired four B777 aircraft for its long-haul operations with three already delivered ahead of the international operations.