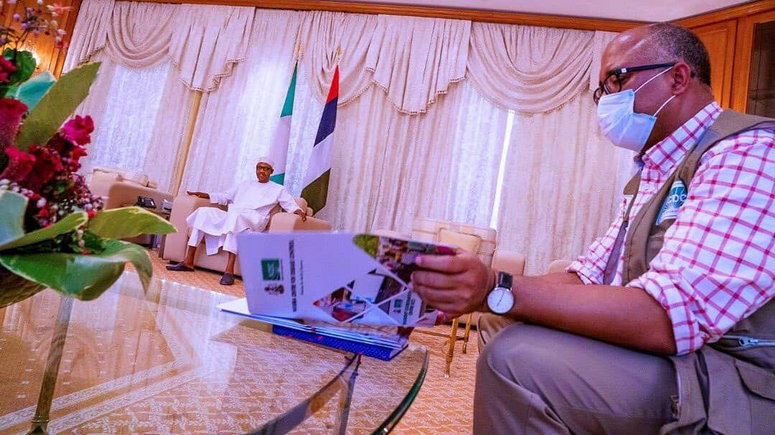 The NCDC has said there is a new research findings suggesting that COVID-19 disease may be airborne.

It said it would soon commence posting of COVID-19 test results to persons via electronic means in order to reduce time-wasting and also maintain privacy.

Speaking yesterday at the media briefing by the Presidential Task Force on COVID-19 in Abuja, the Director-General of the NCDC, Dr. Chikwe Ihekweazu, said there is now new evidence supported by the World Health Organisation (WHO) that the virus may be contacted airborne.

Ihekweazu said: “Understanding the modes of transmission of any new virus is very critical to deciding response tactics. For COVID-19 and from the very beginning, our understanding showed that other coronaviruses travel through droplets of excretions from the respiratory tracks that can’t stay on for long and will ultimately fall to the ground after two minutes.

“However, as we study infections and clusters of infections, we saw increasing evidence from clusters of infections where droplets from persons did not seem to be enough reason to explain the clusters that we are seeing. Diseases that are commonly understood to be spread through what we call airborne infection are things like measles, influenza that can be suspended in the air and that move longer distances.

“Over the past few weeks, increasing evidence has emerged that in addition to droplets infection, we cannot rule that airborne transmission is also possible as a mode of transmission of COVID-19. And also WHO’s updated records are saying the same thing,” he added.

Ihekweazu said based on this latest development, Nigeria would have to act with the required discretion believing that this is also possible.

He said the import of the evidence is that the health protocols affecting staying together in closed places like restaurants and small rooms without good ventilation without face masks increases the risk of transmission.

According to him, indoor activities are more risky than outdoor activities, especially when many people are clamped in one room without observing social distancing or wearing of face masks.”

Also speaking at the briefing, the Minister of Health, Dr. Osagie Ehanire, said the federal government and the Cross River State government had resolved their differences and agreed to work as a team in tackling COVID-19 in the state.

Ehanire said the 17-man team of the ministry that was deployed in Calabar to engage with the Cross River State government in setting up their COVID-19 response and aligning it with the national response, has returned to Abuja, after a successful mission.

Ehanire said: “With this successful constructive engagement, I am pleased to report that Cross River State is now aligned with the Federal Ministry of Health COVID-19 response and has started reporting on the national dashboard. We have activated the GeneExpert machine at the University of Calabar Teaching Hospital to increase testing capacity in the state and NCDC has resumed deployment of rapid response teams to provide technical assistance to their Public Health EOC to strengthen their incident management system.

“Following the intervention of the ministerial team with the Cross River State branch of the Nigeria Medical Association officials, issues that led to the withdrawal of medical services by the doctors in the state were resolved and the strike action has been called off,” he stated.
The minister spoke about the development of local RNA extraction kits and its validation by the National Agency for Food and Drug Administration and Control (NAFDAC).

“I am very proud of this development, which I have asked NCDC to evaluate because it will be a further step in reducing dependence on imported commodities,” he said.

The federal government has also allayed the fear that the virus can be transmitted onboard passenger aircraft in the light of the almost impossible task by the civil aviation authority to ensure social distancing of passengers on all operated domestic flights.

The Minister of Aviation, Senator Hadi Sirika, said at the press briefing in Abuja, that research conducted at the outset of the pandemic established that it is safe for passengers to sit next to each other.

The minister noted that the chances of infected persons spreading the virus in the cockpit is very limited if the aircraft is decontaminated and every passenger is wearing a face mask and not showing signs of COVID-19 at the point of entering the airport and at the point of boarding the aircraft in addition to also observing all safety protocols.

Sirika said airplanes are made in such a way that the air that is circulated within the cabin in ambient and naturally clean air.
He said the filtering of air was carried out every two minutes during the flight while the air that goes into the plane is compressed, turned to water and cooled to 2oC from a temperature of 200oC.

”It is cooled and filtered to take out bacteria and viruses. The process of filtration is done every two minutes,” Sirika said.
The minister also stated that passengers no longer have to arrive at the airport three hours before the take-off time of domestic flights.

“My colleagues and I have reviewed passenger facilitation at our airports, consequently I am happy to announce that henceforth, travellers are to arrive one hour and a half before their departure time for domestic flights,” the tweet read.
The minister also advised passengers to check-in online so as to minimise time spent checking in at the airport.

Also speaking, the Chairman of the task force and Secretary to the Government of the Federation (SGF), Mr. Boss Mustapha, said the federal government had received $8 million worth of PPEs from the German government and the ECOWAS Commission as a way of strengthening effort to curb the spread of COVID-19.

Mustapha also added that the task force conducted a mid-term review of the National Response Strategy last week by engaging key stakeholders in developing the way forward on the overall COVID-19 response efforts.

Mustapha noted that at the end of the two-day meeting, the PTF also resolved to focus on having enough oxygen nationwide as the number of hospitalised persons were increasing.
He also said the federal government intended to establish one sample collection centre in every LGA while also emphasising on high burden LGAS with precision interventions, including increased risk communication.