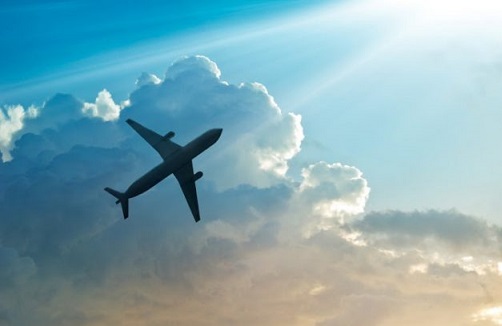 A statement by IATA on Thursday disclosed that the airlines’ traffic soared by 9.9 per cent, capacity by 7.1 per cent, while load factor jumped to 64.3 per cent during the month.

It explained that conditions in the region’s two largest economies had continued to diverge, with business confidence in Nigeria rising sharply in recent months as South Africa’s economy fell into recession.

IATA also announced that the global passenger traffic data for June showed that demand measured in total revenue passenger km (RPKs) rose by 7.8 per cent compared to this period a year ago.

According to News Agency of Nigeria (NAN), the rise was in line with the 7.7 per cent growth recorded in May, when all regions reported growth while June capacity available seat (ASKs) increased by 6.5 per cent.

It added that the load factor rose by one percentage point to 81.9 per cent during the month.

IATA’s Director General, Alexandre de Juniac, said the industry experienced a 12-year high in traffic growth of 7.9 per cent and 80.7 per cent load factor during the first half 2017.

According to Juniac, a brighter economic picture and lower airfares are keeping demand for travel strong but as costs rise, this stimulus of lower fares is likely to fade.

“Uncertainties such as Brexit need to be watched carefully but nonetheless, IATA still expect 2017 to see above-trend growth.

“The demand for travel is strong and that, in turn, will make a positive contribution to the global economy and this growth will also further expose infrastructure deficiencies.

“In every part of the world, airport and air navigation infrastructure is struggling to cope with demand and there are plenty of examples linking connectivity and economic prosperity.

“But few governments have been able to deliver on the imperatives of sufficient capacity, quality aligned with user needs and affordability.

“This year’s strong growth is a reminder that there is no time to lose,” he said

In the same vein, South Africa’s state-owned airliner says it will face a liquidity crisis if it does not receive a 13 billion rand (976 million dollars) cash injection from the Treasury to meet its debt obligations and cover operating costs, it said on Friday.

South African Airways (SAA), according to Reuters, disclosed this in a financial plan presented to parliament that its modelling showed it was not generating enough cash.

However, it said that it would turn a profit by 2019 on an EBITDA basis.

The airline also said debt maturities had been negotiated and extended to the end of September this year.