…… readiness for 5G technology in Nigeria

Airtel Africa Plc said it is almost fully ready for the implementation of the 5G network. Chief Executive Officer, Raghunath Mandava, disclosed this during the telecoms company’s recently-held Q1 2020 earnings call. The transcript of the earnings call was seen by Nairametrics. 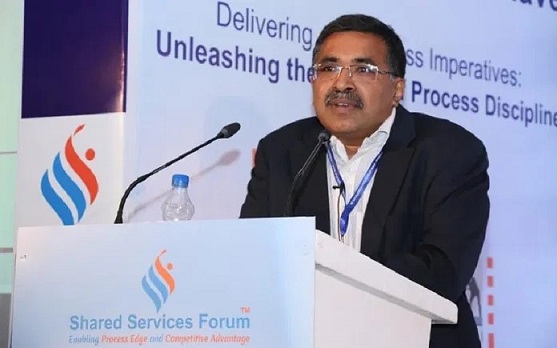 Mandava responding to a specific question about Airtel’s perspective regarding the 5G network and how far they’ve come towards developing their 5G network.

 
“5G availability is valued across the world and I have said before this is an area where we are very keen. Some of our networks are actually very well set up for 5G or surely 4.5G,” Mandava stated.

Is Nigeria ready for 5G network?

Mandava noted that there are still a lot of things that need to be done in mapping out the framework for 5G network in Nigeria. This is because the country is not fully ready to adopt 5G technology, he stated. He then went ahead to fully explain his point of view, saying:

 
“We are planning ahead but the key question is, what instances do we run 5G on and what are the use cases? We still have not seen enough of these use cases or of conversion. 5G normally requires a huge broadband spectrum. Currently, the way we are operating with this, let’s say we consider two uses. One, is for autonomous cars that everyone talks about. So, for this, the latency is very low. That latency is the amount of time you can take a decision between getting a signal and coming back. That has to be low for autonomous cars and many such devices. Then, you need very high speeds both for broadband and others.”

Meanwhile, despite this, the CEO said that Airtel is still very much keen on 5G network and is working towards implementing it. He, however, did not give any specific date as to when the network would be ready. According to him, “we will be actively looking at 5G but from a distance for the time being now.”

NCC & 5G
Following successful demos in six locations across the country, the Nigerian Communications Commission (NCC) announced last month that it had started working on a policy for the deployment of 5G in Nigeria.

According to the telecoms regulator, the move is in line with a directive by the Ministry of Communications and the Digital Economy, to promote the development of Nigeria’s communications industry.

The NCC also noted that 5G technology is important because it is typically about 100 times faster than the current 4G network. As such, it has the capacity to accelerate the growth of the digital economy in the country.

Earlier in the year, controversies surrounding 5G technology had evoked strong emotions amongst Nigerians and others elsewhere, following unsubstantiated claims that it was linked to the outbreak of Coronavirus. The rumour, which was also peddled by some notable individuals such as Pastor Chris Oyakhilome, resulted in a serious online uproar and backlash against the government for allegedly licensing the likes of MTN Nigeria to operate 5G network in the country.

The NCC had to issue several statements, clarifying that 5G network does not cause Coronavirus and that it was yet to issue a 5G network license to any telco.

According to the NCC, the approved 5G trial test conducted by MTN lasted a period of three months, and the trial had been concluded, with installation decommissioned.

 
“The trial among others was to study and observe any health or security challenges the 5G network might present. Relevant stakeholders including members of the security agencies were invited to participate during the trial,” the statement read.