A deal of horizontal in nature has been consummated between two North Africa countries for a 10 year gas supply agreement. In a statement by the two governments of Tunisia and Algeria represented by their respective Energy and Mines Ministers following the expiry of the old contract last December. 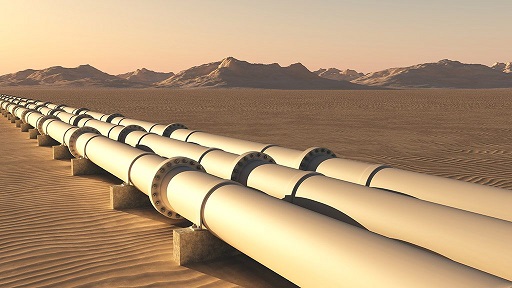 The process of the deal was revealed by Tunisia’s Energy and Mines Minister Mongi Marzouk.

Marzouk also reassured about the energy situation in the country, especially with regard to the supply of Algerian gas, which accounts for two-thirds of gas consumption in Tunisia.

The energy and mines minister stressed that his department is in collaboration with the Ministry of Finance and the Tunisian Company of Refining Industries (STIR) in order to acquire a sufficient quantity of all oil products to cover the consumption for three months.

The new contract is believed to have reduced preferential prices and it is expected to run from 2020 to 2030.

Marzouk also commented about the Nawara Development Project, which is expected to produce a third of Tunisia’s gas consumption. The gas field is located in the African country’s Far East side and was set to produce around two million cubic meters but faced some technical challenges that diminished its production capacity.

The Energy and Mines Minister said that a British institution was invited to solve these technical problems, but the coronavirus pandemic and the decision to close airports and impose quarantine on travelers arriving from abroad caused a delay in technical intervention by the British engineers. “The reparation process will now take place remotely,” noted Marzouk

The anticipated Tunisia-Algeria deal is a result of the Tunisian-Algerian economic talks, which according to Marzouk were “very positive,” and involved renewable energy as well as oil, gas and electricity distribution between Tunisia, Algeria, Morocco, and Libya.

The talks, in addition to the new gas deal between Tunisia and Algeria, also engaged in improving the conditions for supplying Libya with electricity produced in southern Tunisia.

Among the efforts and ideas being employed to improve Libya’s energy supply is the construction of a large power station near the industrial port of Skhira which is approximately 200 km from the Tunisian-Libyan border. Primarily, the energy output will be directed to Libya and then distributed out to the rest of the Northwest African region.

Kindly Share This Story:Operators in the downstream sector of the oil and gas sector have…