The Asset Management Corporation of Nigeria (AMCON) has said it has concluded the payment of salaries and gratuity arrears of eligible ex-staff of the Delta Steel Company Plc, with some staff receiving as much as N2.1 million.

AMCON said Wednesday in a clarification that it ensured that all verified ex-workers, who were eligible and also participated in the agency’s verification exercise were fully paid directly.

Following their inability to liquidate the debts they owed several banks, AMCON took over the assets and undertakings of Delta Steel Company Plc (DSC)/Global Infrastructure Nigeria Limited (GINL) and appointed a Senior Advocate of Nigeria (SAN), Chief Ajibola Aribisala as the Receiver/Manager of the company.

However, in 2015, AMCON replaced Aribisala with another senior lawyer, Dr. Joseph Nwobike (SAN), who subsequently engaged the services of an audit firm to carry out a verification of the ex-staff.

“At the exercise, only those who were staff of DSC/GINL at the time of the take-over by AMCON were audited. At the conclusion of the exercise, Nwobike engaged the representatives of the staff, which engagement led to an agreement to accept as full and final settlement of their outstanding salaries and gratuity, a percentage of the verified sums,” AMCON said. 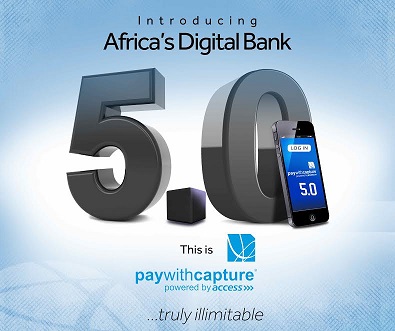 It was however gathered that although the percentage agreed to be paid was below the staff’s expectation, AMCON said the arrangement was the best in the circumstance, given the fact that DSC/GINL is insolvent.

Speaking on behalf of the workers, Mr. Isaac Omatseye lauded AMCON and Nwobike for addressing their plights.

Omatseye said by the payments, most of the ex-staff would be able to either engage themselves with the new owners of the steel company, Premium Steel and Mines Limited (PSML) or pursue other meaningful endeavours.

He appealed to Nwobike to ensure that all the ex-staff who are able and willing are re-engaged by the new owners.

Also speaking on behalf of the ex-workers, Godfrey Egbevwie expressed mixed feelings over the payment.

“We are elated that this payment will lead to the opening of the company by the new operators and consequently, engagement of several workers. What we are not happy about is that only 25 per cent of what we were owed is being paid,” Egbevwie said.

Reacting to complaints by some of the ex-staff that they were not paid, Egbevwie said those who were not paid were those staff whose services had been disengaged or terminated by DSC before AMCON took over the ailing company