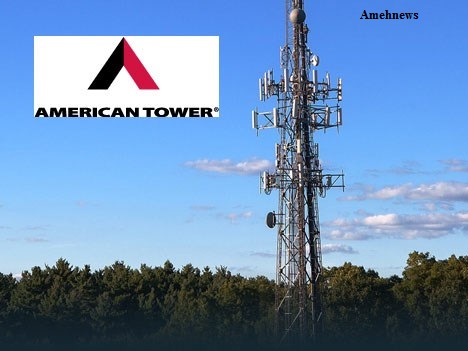 The American Towers Cooporation, (ATC Nigeria Wireless Infrastructure) might face sanctions from the Lagos State Environmental Protection Agency, LASEPA for illegal disposal of decommissioned batteries. According to investigations conducted by our reporter, ATC Nigeria resold decommissioned batteries which were recommended for proper disposal after they were certified obsolete and unfit for use at telecommunication sites.

How it all began

Our correspondent was reliably informed that the company’s Energy Department – which is in charge of batteries – had decommissioned over 4,600 lead acid batteries that were certified condemned by the energy experts and recommended that the batteries be disposed. However, the recommendation by the staffers of the Energy Department in 2017 was allegedly rebuffed by the management of ATC Nigeria. The members of staff, who made this recommendation, had their appointments terminated on the allegation that they had given a wrong recommendation to the company. The aggrieved members of staff are currently locked in a legal battle with ATC Nigeria, we gathered.

Following the termination of appointments of staff, the management of ATC Nigeria had called for an auction bid to sell off the batteries rather than dispose off the decommissioned batteries through the proper channel as laid down by LASEPA. The battery bid was won by a top firm, GFactor Nigeria Limited.

GFactor, after winning the bid, decided to share bits of the bids by reselling batteries to smaller firms in Alaba Market. The smaller firms from Alaba Market – on agreeing with terms with GFactor – had begun paying funds into ATC Nigeria’s account for the purchase of the batteries when a problem reared its ugly head. One of the Alaba Market-based firms requested for the batteries paid for but when the batteries were not delivered, the matter was reported to the police command at Zone 2, Onikan, Lagos.

Following the official police report made by one of the firms that had paid for the decommissioned batteries bought batteries from Gfactor’s bid, the police intervened in the matter. The intervention of the police berthed the invitation of top members of ATC staff and two of the members of staff were in the process detained. ATC Nigeria’s financial account, where funds for the decommissioned batteries sales were paid, was frozen by the police for two weeks before the matter was amicably resolved and the subsidiaries got the batteries, which were meant for disposal to avoid environmental hazard and effect on people. The global environmental impact of poorly disposed batteries is a major discourse that has seen several environmental agencies clamouring for a change in attitude. Annually, LASEPA and other environmental protection agencies strive to properly dispose billions of decommissioned batteries globally. This is because when batteries aren’t well disposed it does pollute the air and environment at large. The effect of this pollution has been researched as hazardous and harmful to human and the ecosystem. Some batteries contain toxic metals such as cadmium and mercury, lead and lithium, which become hazardous waste and pose threats to health and the environment if improperly disposed. These chemicals are extremely toxic – to people and the environment. Batteries undergo a photochemical reaction as they decompose in landfills. This causes emissions of greenhouse gases. The greenhouse effect results in global warming/climate change. ATC Nigeria, had before now, disposed tonnes of batteries following the guidelines stipulated by LASEPA until 2017. There are indications that the environmental agency is looking at picketing ATC afterward filtered out on the improper disposal of the batteries. Reaching out to LASEPA, the environmental agency had denied registering Gfactor Nigeria Limited as a disposal vendor neither did it have any knowledge of the illegal disposal of over 8,000 decommissioned batteries by ATC Nigeria. “Hence, the disposal is illegal and injurious to the people and environment at large,” a source in LASEPA dropped. LASEPA also warned that illegal disposal of batteries by a conglomerate like ATC Nigeria might spur other companies to desist from the proper and legal disposal of batteries, hence the reason the company might be sanctioned.

No reaction from ATC Nigeria after making inquiries

On August 12, 2018, a letter of inquiry was mailed to nigeria.hr@atcnigeria.ng with no response till the date of this publication. Meanwhile, our reporter is currently investigating how and why staffs that recommended the batteries for disposal were sacked while ATC management still proceeds to auction decommissioned batteries they claim were still useful.

Enelamah, others stakeholder to Speak on at CICAN Public Lecture