Kindly Share This Story:
The Association of Maritime Journalists of Nigeria (AMJON), a body journalists reporting the Maritime sector for their organisations, is set to invoke the Freedom of Information (Fol) Act on the Management of Nigerian Ports Authority (NPA) to  compel it to release to it, the name (s) of its insurer(s) and the status of its premium payment before the recent fire incident and looting of its headquarters and part of the Tin Can Island Port office, all in Lagos. 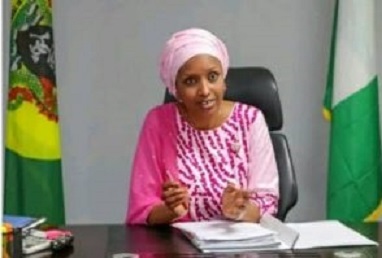 The invocation of the Fol Act has become necessary in view of the refusal of the Authority to release the information to reporters despite multiple requests made in this regard.
This action also becomes expedient in view of the fact that the public is yet to know the value of the loss over one month after the incident, and the insurer(s) is/are yet to announce payment of compensation as per the value of the loss.
This is even as the Lagos State Government which recorded much more destruction and looting released an estimate of what it will cost to replace, the destroyed and looted assets.
Aquarius Block, 1st Floor, Right wing, Eleganza Plaza, 1 Commercial Road, Apapa, Lagos.
The invocation is also necessary as the federal lawmakers during their recent sympathy visit to NPA, to commiserate with Management of the Authority over the incident, announced that they told the NPA Management during their meeting that they (NPA) should adjust their 2021 budget to cover for the repairs and replacement of stolen and damaged assets.
Meanwhile, the National Assembly has announced that it will pass the 2021 Appropriation Act in the second week of December before they embark in their Christmas vacation.

As NPA is yet to publicly reject the advice of the lawmakers to jack up their 2021 budget to provide for the ‘rebuilding’ of the burnt headquarters, we suspect that the NPA has already done as advised by NASS, to this end, we will insist in the Fol request that the NPA I s 2021 budget is made available to us to enable us properly inform the public.
AMJON as a responsible media group, sees this effort as a  patriotic duty to save the country billions of Naira of taxpayers’ money which will be wasted if the National Assembly approves money for the replacement of the NPAI s losses in the incident when those losses are legally supposed to be replaced by the insurer(s) whom taxpayers money has been used to pay premium to.
The Captioned Photo: The Management of Nigerian Ports Authority (NPA), Managing Director, Hadiza Bala Usman