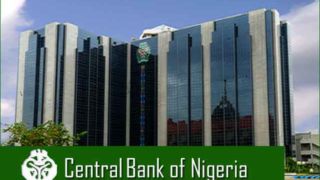 Contrary to insinuations about the unwillingness of farmers to pay up their loans, the Central Bank of Nigeria says farmers who accessed under its Anchor Borrowers’ Programme have indeed commenced repayment.Details of the loan disbursement and repayment obtained from the apex Bank indicate that as at March 31, 2017, a total sum of N33.34 billion had been released through 12 Participating Finance Institutions in respect of 146,557 farmers across 21 States cultivating over 180,018 hectares of land.
Out of the total amount of N33.34 billion released to date, about N15.137 billion disbursed to 73,941 Kebbi State farmers have fallen due for repayment, with N7.119 billion, representing 47 per cent, repaid and returned to the CBN.

Meanwhile, the balance of N18.203 billion of the 12 months tenured loans released to farmers in the other 20 states for two cropping (wet and dry) seasons have not fallen due for repayment.

However, farmers in other benefiting states have also commenced the repayment to the tune of N1.238 billion, which is already with the CBN.

Efforts are currently being made by the participating state governments to ensure that all outstanding loans are repaid by the farmers as soon as they are due before commencement of the next dry season cultivation.

This is to enable the CBN extend similar gestures to farmers in other states, which have indicated interest in the participating in the Anchor Borrowers Programme.