An indigenous oil company, Midwestern Oil and Gas Company Limited after the Federal High Court, Lagos against it ran to Delta State High Court, Sapele to forestall the enforcement of a consent judgment by the respondents. 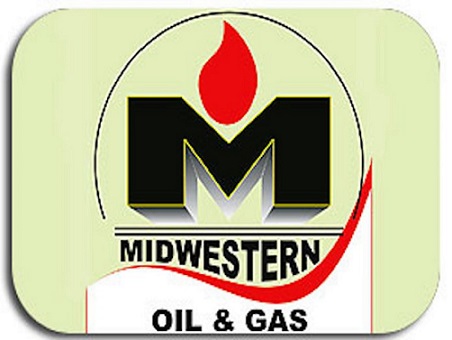 The consent judgment arose from a previous suit between the firm and Seistech Energy Limited.

“The only course open to this court is to strike out the suit in the circumstances, this case herein struck out with the cost of N200,000 to each set of defendants in this case.”

Justice Omamogho further said Seistech and Midwestern had amicably settled a winding-up suit filed by Seistech against Midwestern in the Federal High Court, Lagos on February 12, 2018.

According to him, the terms of settlement drawn up and executed by both parties and counter signed by their counsels was entered as Consent Judgment by Justice Babs Kuewumi.

By the terms of the consent judgment, Midwestern was to evacuate its crude oil from Seistech’s storage within a particular period and pay storage fees at a particular rate.

It was also agreed that if Midwestern failed to evacuate its crude within the specified period, it would then be liable for a higher storage fee until evacuation.

Midwestern failed to evacuate the crude within the stipulated timeline and storage fees accrued, as per the consent judgment, to over US$3million, as at the date of Midwestern’s filing of its Stakeholder Interpleader Summons in the Sapele High Court.

However, to avoid its mounting obligations under the Consent Judgment, Midwestern through its counsels filed another suit in Sapele against Seistech and two other parties, in order to limit its period of liability for storage fees and claiming it did not know which, of the three defendants, to pay the reduced storage fees to.

In filing this action, Midwestern allegedly concealed the fact that there was a subsisting consent judgment over the issue of payment of storage fees.

Midwestern then sought injunctive orders against the defendants, including Seistech, which would have had the effect of completely varying the terms of the Consent Judgment if granted. That followed the objections raised by the defendants against such orders, arguing that the suit is abuse of court process