Discussion from a One-Day Special Congress of The Powerful Pen Media Chapel of Maritime Journalists Association of Nigeria (MAJAN), stakeholders in the Maritime Sector alleged that the Apapa gridlock is a man-made problem that can be solved if there is sincerity on the part of government agencies involve. 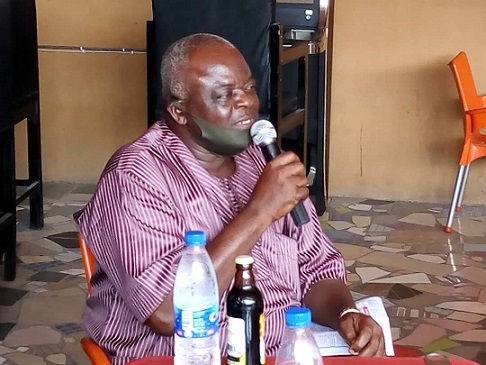 The theme of the Workshop was “Apapa Traffic and Skyrocketing Inflation in the Country; Effects on Port Operations and the Maritime Industry.” They noted that the multiple check points on the highways sundry mix of touts had invariably led to the high cost of transport and consequently, inflation.

They stated that since the gridlock started more than five years ago, the cost of movement of cargo from the port to destinations within and outside Lagos have gone up by over 100%, leaving the final consumers to bear the brunt of the logistics nightmare in the form of higher prices of goods and services.

A top official of the National Association of Road Transport Owners (NARTO) who was one of the Guest Speakers at the Powerful Pen parley, Alhaji Inua Abdullahi, said during the #Endsars protests, more than 500 trucks tried to make their way into Apapa port through Liverpool, causing unprecedented gridlock.

According Inua, importers tried to maximise their time and profit by moving their goods out of the port to avoid paying demurrage, but alas, the lockdown created further problems for them.

He stated that through the Council of Maritime Unions and Associations (CMUA), they had tried to mitigate the suffering of their members by raising their haulage fares.

Another speaker at the Powerful Pen Media Chapel workshop, the Chairman/CEO of Bontex Shipping Ltd, Mr. Boniface Okoye, lampooned the government for allowing a cabal to take over the maritime business.

He disclosed that the Barge operators in the industry were also the owners of the terminals, thus making it difficult to regulate the sector.

He said because of insincerity on the part of the Economic Regulator,   Nigerian Shippers Council (NSC), cost of trucking was astronomical.

READ ALSO THIS: SON to ensure Nigeria not turned into dumping of substandard goods, destroyed containers of Tyres, Cylinders in Lagos

“I paid N600,000 to move a container from Tincan Port to Satellite Town in Lagos, what used to be

“The federal government should revoke the licenses of Shipping Companies for failing to show proof of their holding bays.”

The chairman of Tin-Can chapter of National Council of Managing Directors of Licensesd Agents Alhaji  Inua Isa Adua called on government to encourage the use of barges for movement of cargo while traffic control should be totally overhauled.

According to the Tincan port chairman, terminal operators should be sanctioned if they are found wanting.

The National Secretary of National Council of Managing Directors of Customs Licensed Agents, Mr. Humphrey Oviosu, called on the government to maximise the use of Eastern Ports, open up the rail system and use of ICDs, for a more efficient and robust post environment.