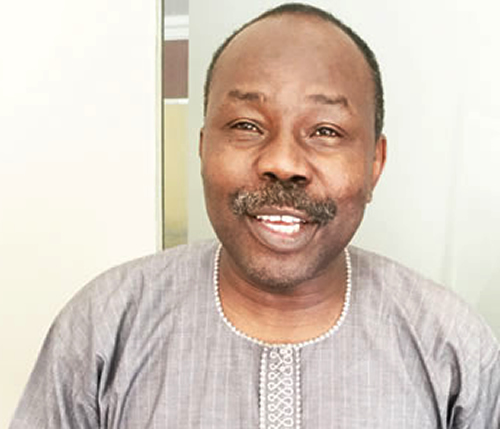 Three members of the All Progressives Congress, including a lawmaker in the Lagos State House of Assembly, Wasiu Sanni, have urged the Lagos State High Court in Ikeja to expel the party’s National Legal Adviser, Dr. Muiz Banire (SAN), over alleged anti-party activities.

Sanni, who is the current Deputy Speaker of the Lagos State House of Assembly, filed the suit alongside Babatunde Kehinde and Alhaji Kazeem Olatunji.

In the suit filed through their lawyer, Mr. Wahab Shittu, the plaintiffs alleged that Banire had flouted Articles 12.3, 12.4, and 12.5 of the APC Constitution 2014, among other provisions of the law and should be expelled.

They alleged that Banire, sometime in December 2015, “orchestrated forgery by facilitating the use of false document by the Independent National Electoral Commission.”

Sanni, who is the first plaintiff in the suit, claimed that  the alleged forgery was intended to rob him of the victory he won at the December 2014 APC primary for the Lagos State House of Assembly by substituting his name with that of Hakeem Masha, who was the first runner-up in the primary.

He claimed that though he won the primary by scoring186 out of the total valid votes of 279, Banire caused a letter, dated January 9, 2015, to be written to the Independent National Electoral Commission that he (Sanni) had withdrawn from the contest.

He said in his place, the name of Masha was submitted to INEC, adding that it took the intervention of Justice Ibrahim Buba of the Federal High Court in Lagos to restore his mandate to him.

The plaintiffs are, through their lawyer, Shittu, urging the court to declare that Banire flouted “Article 21 (a) (2) of the provisions of the Constitution of the All Progressives Congress 2014 by engaging in anti-party activities likely to embarrass or have adverse effect on the party or bring the party into hatred, contempt, ridicule or disrepute by reasons of the several actions of the defendant before, during and after the entire process of APC local government primaries in Lagos State.”

They want the court to, among others, declare that “having breached the established legal principles, including but not limited to the provisions of the Constitution of the APC 2014, the defendant be removed as the National Legal Adviser of the APC.”

In the alternative, they are praying the court to make an order “directing/mandating the leadership of the APC to take appropriate disciplinary measures against the defendant with a view to forestalling a situation likely to cause a breach of peace in the Lagos State chapter of our party and Nigeria in general.”

Nigeria predicts mega Growth for the economy in 2018