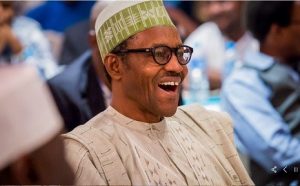 Beneficiaries of the Federal Government Conditional Cash Transfer (CCT) for the poor and vulnerable in Ekiti State have started to receive the N5,000 cash promised them by the Buhari-led federal government.

Indeed, some of the beneficiaries of the cash transfer have started receiving their money since December 30, last year.

At the Access Bank located at Secretariat Road in Ado Ekiti, over 200 beneficiaries were seen on Wednesday smiling home after collecting the cash while some beneficiaries who had not received alert besieged the Customer Service of the bank to make enquiries.

One of the beneficiaries, Mrs Opeyemi Kudirat from Ogotun Ekiti said she received alert on December 30, last year but could not come to bank until yesterday waiting for other beneficiaries to come together in the same vehicle.

She said she was invited in 2014 to register her name for the scheme but was approached by the Access Bank last year to open an account with the bank for the payment.

She said, “I was just invited to our local council secretariat in 2014 to register for a government scheme, I didn’t know the meaning but when they said it was for the poor, I had to register, but I thank God that I am alive today to receive the money”.

She thanked the Federal Government for the scheme and promised to start trading with the money. “I will start selling mobile phone recharge cards with this money to make more money. After all I can’t spend the whole money in a day” she said with smiles.

Another beneficiary, Mrs Felicia Ogidiolu thanked the Federal Government for keeping its promise of helping the poor and vulnerable.

The Branch Manger of the bank, Emmanuel Ujaddughe, confirmed the payment. He said, “Access Bank is paying the beneficiaries in Osun, Ekiti and Cross Rivers State, and I am sure payment has started since we got their money last year December. We have no problem paying them”.

However, investigation revealed that out of 3,500 beneficiaries captured for the first phase in six local councils of Ekiti State, about 780 have received alert as at Wednesday.

Ekiti State Commissioner for Budget and Economic Planning who is in charge of all intervention programmes in the state, Olugbenga Olajide, confirmed that beneficiaries have been receiving the cash.

He said, “You know they captured them in 2014 before we came into government but we have to give the Federal Government necessary support for our people to have access the cash”.