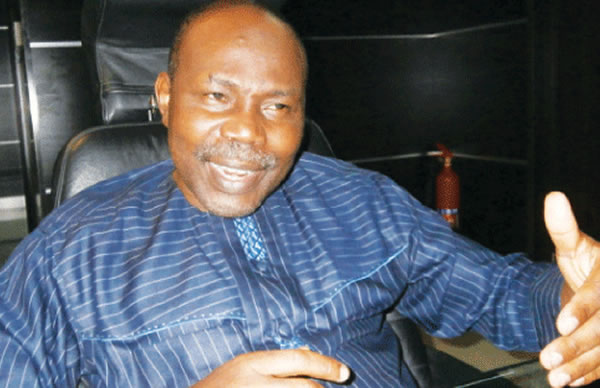 The Ilasamaja Ward C of the All Progressives Congress in the Mushin Local Government Area of Lagos State on Thursday suspended the National Legal Adviser of the APC, Dr. Muiz Banire, from the party.

His suspension was upheld by the executive committee of the APC in the council.

The ward executive cited various alleged anti-party activities allegedly perpetrated by the legal adviser as one of the reasons for his suspension.

In a statement by the Acting Secretary of the ward, Taofeek Ajani-Balogun, the ward explained the decision to suspend Banire from the party was reached during the ward meeting held to review the last council poll.

The statement partly read, “After a critical assessment of individual activities and the performance of the party during the last election, members of the party in Ward C, Ilasamaja Mushin, unanimously voted for immediate suspension of Muiz Banire from participating in party activities in the ward and recommended his removal from office as National Legal Adviser.”

Also in a statement, the Acting Chairman of the APC in Mushin LGA, Mr. Sola Osobajo, said, “After receiving the minutes of the Ward C meeting, and having carefully considered the decision of Ward C leadership, we decided to adopt the resolution for further necessary action at the state and national levels. The party leadership in Mushin further recommended to the state chapter the expulsion of Banire from the party.”

However, Banire in a statement he signed on Thursday dismissed the suspension.

He said, “If these crooked elements were members of the party, they would know that by the constitution of the APC, it is the National Executive Committee that can remove a national officer of the party responsible for the 36 states of the federation and the Federal Capital Territory.

“I urge the members of the public to ignore these undesirable and mischievous elements together with their antics.”