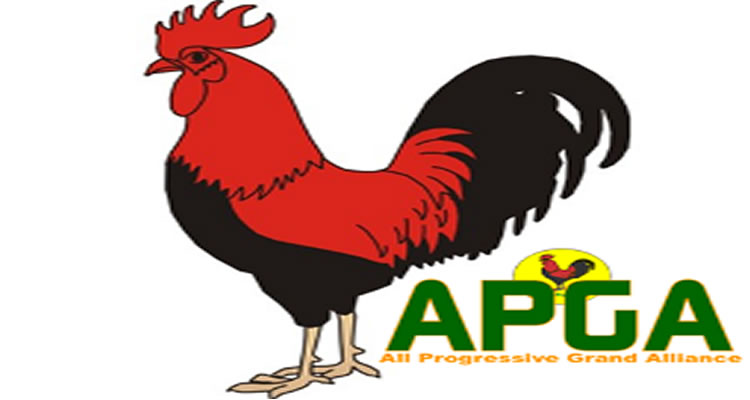 THE Chief Victor Oye-led faction of the All Progressives Grand Alliance has said the planned Anambra State Governorship primary will go ahead today (Wednesday) as scheduled.

This was contained in a statement titled, ‘Anambra State Governorship Primary Holds June 23, Unfailingly,’ signed by the National Publicity Secretary of APGA, Tex Okechukwu, in Abuja, on Tuesday.

It read in part, “We wish to reassure our esteemed party faithful, stakeholders and indeed the general public that our great party is fully prepared to conduct its Governorship Primary Election already slated to hold on 23rd of June 2021.”

This is in spite of a letter from the Independent National Electoral Commission with reference No: INEC/DEPM/UPPM/1/145 dated June 18, 2021, signed by the Secretary of the Independent National Electoral Commission in which the commission said the party has failed to notify it when it purportedly held its ad hoc Delegates Congress to elect delegates for the primary.

INEC had in its letter dated June 18, 2021, which was signed by the Commissions’ Secretary stated that APGA failed to notify the Commission of the ad hoc Delegates’ Congress which the party conducted across the 326 wards in Anambra State on June 15th and 16th, respectively.

In response, APGA in its letter said, “We wish to state categorically that the above position of the Commission is not in line with the dictates of section 85(1) of the Electoral Act 2010 as amended, as well as a plethora of judicial authorities in that regard.

“Our party duly complied with requisite statutory notices envisaged under the Electoral Act 2010 (as amended) as well as other requirements clearly outlined by INEC in its Regulations and Guidelines for the conduct of political party primary elections published by INEC.

“In line with the said INEC Regulations and Guidelines, our great party undertook the following procedural steps, to wit;