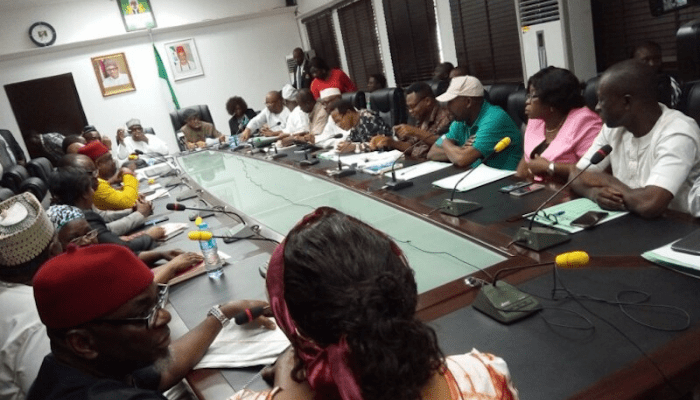 ASUU also kicked against any appointment and promotions carried out under IPPIS, saying it is illegal.

The union in a strike Bulletin 10 signed by Ogunyemi, and released to the press by the Chairman, University of Ibadan chapter, Prof. Ayo Akinwole, said the union would insist on the reversal of appointments and promotions during the strike for failing to meet established norms and procedures.

The union also lashed out at some vice-chancellors promising online delivery they cannot defend.

According to Ogunyemi, the union is happy when its members are promoted but not without following due process of academic elevation, stating that appointment through the IPPIS by some vice-chancellors will be reversed.

ASUU also asked members not to fill any form or document sent to them through their vice chancellors, alleging that some VCs are working with National Universities Commission (NUC) for ‘fake’ data collection.

Ogunyemi said the union was working to ensure that lecturers yet to receive their salaries for four months get paid while also working at getting new salaries and welfare packages commensurate with global standards for members.