‪On Monday, July 22, lawyers to the Securities and Exchange Commission, SEC and Oando Plc will have their day in the Federal High Court. While Oando Plc will be proving that its regulator overreached itself, and SEC on the other hand will show that investor protection was at the heart of all it did. 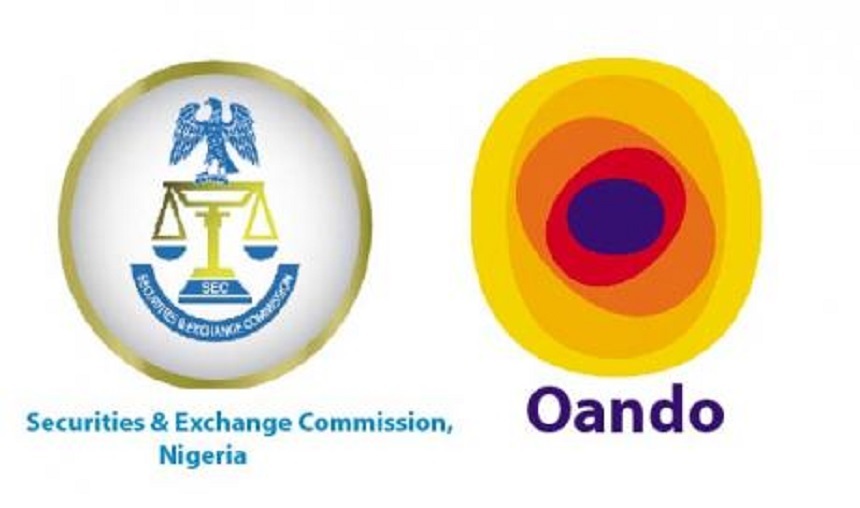 Besides, the judge will listen to arguments about due process and the lack of it and determine which of the combatants is in the right, subject to the decision being further challenged.

Ahead of the court hearing, there have been varied media fisticuffs on the same issue, especially some that overtly accused the commission of regulatory exuberance, rascality and even seemingly overstepping the limits of its powers.

Management of the commission in previous statements insists its actions were based on various relevant portions of the Investment & Securities Act (ISA 2007), from which it derives powers to function as apex regulator of the Nigerian capital market.

The commission will also prove to the honourable judge of the Federal High Court in Lagos that investigating the activities of Oando Plc and appointing a firm of forensic auditors into the affairs of Oando Plc is part of that “day-to-day business in Sections 7 and 13 of the ISA.

The Act, in Section 13, for example, says “the Commission shall be the apex regulatory organisation for the Nigerian capital market and shall carry out the functions and exercise all the powers prescribed in this Act and, in particular, shall- (a) regulate investments and securities business in Nigeria as defined in this Act; (b) register and regulate securities exchanges, capital trade points , futures, options and derivatives exchanges, commodity exchanges and any other recognized investment exchange; (c) regulate all offers of securities by public companies and entities; (d) register securities of public companies…

In 13 (u) and (v), the Act empowers the commission to “levy fees, penalties and administrative costs of proceedings or other charges on any person in relation to investments and securities business in Nigeria in accordance with the provisions of this Act; intervene in the management and control of the capital market operators which it considers have failed, are failing or in crisis, including entering into the premises and doing whatsoever the Commission deems necessary for the protection of investors…”

Also Section 13(bb) empowers the SEC to “disqualify persons considered unfit from being employed in any arm of the securities industry,” a power also being challenged in court and which the judge would determine was properly exercise or not.

Further to the Act, the SEC also relied on its Rules and Regulations 598 and 601, made pursuant to the ISA 2007, which empowers its management to summarily sanction an erring regulated entity. The courts will, therefore, determine whether the Rule should be nullified, or modified.

Before the judge also is the argument for and against the submission that only the SEC’s Administrative Proceedings Committee (APC) can recommend or sanction erring individuals.

However, Sections 310(1) of the ISA 2007 empowers “the Commission may appoint one or more committees to carry out, on its behalf such of its functions as the commission may determine.”

The word “may,” it has always been argued, is permissive and discretionary in nature, suggesting that the decision of whether to constitute a committee by the Commission is discretionary and not mandatory.

Moreover, Section 310(3) of the Act states that decisions of such a committee “shall be of no effect until it is confirmed by the Commission.”

The forensic audit, according to the SEC, also confirmed the disposal of Oando Exploration and Production Limited (OEPL) to Green Park Management Limited without obtaining prior regulatory approvals. This, it said, is contrary to Section 118 (1) of the ISA, 2007, and the Petroleum Act 1969.

Section 118 (1) of the ISA 2007, requires that “notwithstanding anything to the contrary contained in any other enactment, every merger, acquisition or business combination between or among companies shall be subject to the prior review and approval of the Commission.

Part of the issues before the learned judge is the breach of the Code of Corporate Governance for public companies, which lawyers of Oando Plc must prove is advisory, rather than mandatory.

Among issues investigated in Oando Plc was the incidence of several corporate governance failures and internal control breaches, which questioned the ability of its directors to remain in office.

One of the contentious decisions, the judge will seek to untangle is the sacking of Adewale Jubril Tinubu and Omamofe Boyo as Group Chief Executive and Deputy Chief Executive respectively of Oando Plc, based on what the commission says is the imminent collapse of the company and potential systemic financial loss to the Nigerian banking system.

Oando Plc has admitted being in a precarious financial condition owing financial institutions an estimated ₦201bn, in addition to having working capital liabilities amounting to ₦306.2bn under the watch of the current board and management.

In a previous statement, the commission maintains that it acted to prevent Oando Plc from an imminent collapse.

Another major issue that has dominated public discourse in the Oando Plc saga is the claim by the company that it was not afforded fair hearing in the course of the investigation and audit, leading to the regulatory hammer that eventually fell.

It is on this count that Deloitte & Touche has threatened to come out open on its role in the entire drama. The forensic auditors, it was learnt, held regular sessions with members of the Oando Plc Board and senior management while conducting the exercise. This, it was noted, afforded them the opportunity to make explanations on issues relating to the investigation, as a result of which Oando Plc by its October 10, 2018 letter, alleged that Deloitte & Touche was going outside the scope of the audit.

After a review of the complaint, the commission is said to have replied that it did not see how Deloitte went outside the scope of its assignment, especially given the broad scope of the audit.

The SEC has maintained that during its investigation, Oando Plc was offered an opportunity to state its own side of the story, rebut issues revealed by the investigations and respond to inquiries mostly in writing in some instances.

The company was however said to have declined most of the opportunity, citing various reasons for not honouring the requests.

Responses given by the company were however considered unsatisfactory hence the commission’s decision to indict the company and some of the individuals related to it for violations of securities laws.

Perhaps, this is what Deloitte & Touche had threatened it would prove eventually, should it be drawn into the fray, given that its personnel constantly held talks with directors and senior management of Oando Plc.

Since the issues are before a competent court, it is only reasonable for all commentators to wait for the court to make its pronouncement on the matters before it.

It is certain that no matter how long it may appear, justice will be done in the interest of all parties, especially the Nigerian retail investors whose investments are at stake.