Kindly Share This Story:
The Nigerian Association of Liquefied Petroleum Gas Marketers has urged House Committee on Petroleum (Downstream) to avert looming danger by stopping the sale of liquified petroleum gas otherwise known as cooking gas in filling stations in the country. 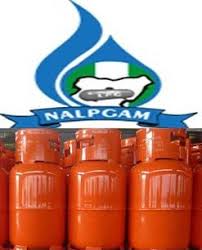 The president of the association, Mr Nosa Ogieva-Okunbor, made the call while addressing the Deputy Chairman of the committee, Rep.Alex Egbona (PDP-Cross River) in his office  in Abuja.
Ogieva-Okunbor said that the association had approached the committee to help resolve some dangerous trends in the industry.
He said that as a result of the expansion in the industry following government efforts in 2007, some Nigerians were taking advantage of the industry in a way that posed danger to Nigerians.
He said that although the association wanted every Nigerian to use gas, it would not lose sight of the safety aspect of it.
Ogieva-Okunbor said that it was unsafe for filling stations that dispensed petrol for vehicles to be filling gas cylinders in the same location.
He said that selling of cooking gas in filling stations should be stopped because of the inherent dangers.
According to him, terrorists could cash into that; the security risk is very is so enormous, there is nowhere in the world where gas cylinders are filled in petrol stations.
He appealed to the committee not to let industry die, recommending that all stakeholders should be brought to the table to revive the industry.
He said if Nigeria could get a bigger vessel and smaller ones to supply Lagos and other deports of the country, gas importation could be stopped.
The Deputy Chairman the committee, Dr Alex Egbona (PDP-Cross River), said that the committee was aware of the challenges.

Kindly Share This Story:The attention of the Manufacturers Association of Nigeria (MAN) has been drawn…