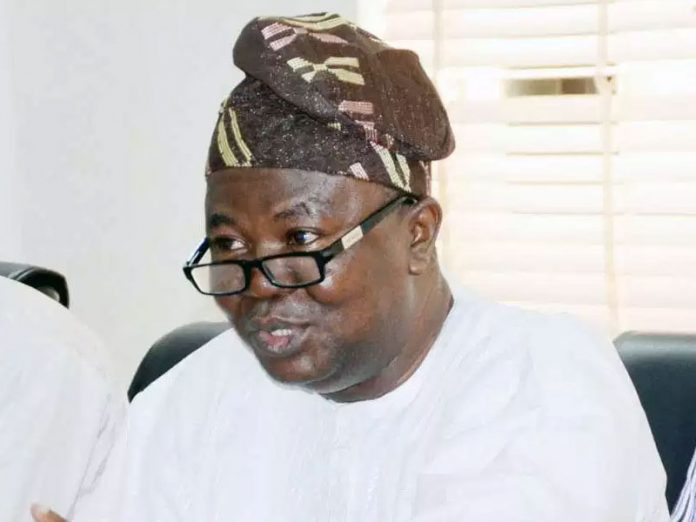 The National President, Academic Staff Union of Universities (ASUU), Prof. Biodun Ogunyemi, yesterday said scholars in public universities in the country were ready to protect incessant attacks on university autonomy by the federal government with the last drop of their blood.

Ogunyemi in a release made available to THISDAY in Ibadan yesterday, entitled, ‘On President Buhari’s No IPPIS, No Salary’, said the statement by President Muhammadu Buhari that only employees of the federal government on IPPIS would get salary as at when due, was “meant for civil servants and university lecturers are not civil servants.”

The ASUU boss disclosed that the union had an understanding with President Buhari on January 9, 2020 to develop University Transparency and Accountability Solution (UTAS), which would be sensitive to the operations of the university system, respect autonomy and accommodate peculiarities.

He said in view of this, the President could not have directed his statement to the union since he agreed to the development of system sensitive software to management personnel and payroll.
Ogunyemi stated further that the union had spent millions of naira to develop the UTAS which has been presented to the Federal Ministry of Education while awaiting its presentation before the Ministries of Finance as well as that of Budget and National Planning.

He maintained that the more reason why the reported ‘NO IPPIS, NO Salary’ statement could not be directed to lecturers since the issue had been settled with the President to develop UTAS.
He said the union would not fold its arms and allow the gains it made during several years of struggle slip through the antics of government agencies who want to subsume the university system under their control

The ASUU boss maintained that “the idea of seeking clearance from the Head of Service or the Office of the Accountant-General of the Federation is alien to university operations because it will halt its flexibility.”

According to him, “Mr. President did not say government will not pay ASUU members for not enrolling in IPPIS. The directive on IPPIS was meant for civil servants and university academics are not civil servants. We have an understanding with government to develop an alternative platform which would be sensitive to the operations of the university, accommodate the peculiarities of the university system and respect the autonomy of our universities as obtained globally.

“The idea of seeking clearance from the Head of Service or the Office of the Accountant-General of the Federation is alien to university operations because it will halt its flexibility. The University Miscellaneous (Provisions) (Amendment)Act (2003), which government gazetted as University Autonomy Act (2007), has vested the powers of managing personnel and payroll system issues in the hands of each university’s governing council. ASUU has gone beyond the debate on this matter. On 9th January, 2019 when we visited Mr. President who is Visitor to all federal universities, we reached an understanding that ASUU would develop its proposed University Transparency and Accountability Solution (UTAS) for testing and adoption for managing personnel information and payroll system in the universities. We have since done that and presented to the Federal Ministry of Education. What is left is to present to other major stakeholders, particularly in the Ministry of Finance, Budget and National Planning.

“The development of UTAS was done at no cost to government. We used contributions from the check-off deductions of ASUU members to finance the project and this cost us millions of naira. IPPIS was designed by the World Bank for the civil service. We are aware of the antics of bureaucrats, especially in the Office of the Accountant-General of the Federation, aimed at bringing universities under their control. ASUU will not fold its arms and watch the gains we made on the autonomy of Nigerian universities slip by. It took us several years of continuous struggle during the military to get here. So, let nobody hide under the name of President Muhammadu Buhari to attack the autonomy of public universities because Nigerian scholars are prepared to resist it to the last drop of their blood.”

Kindly Share This Story:THE Joint Admissions and Matriculation Board, JAMB, has appealed to the media…