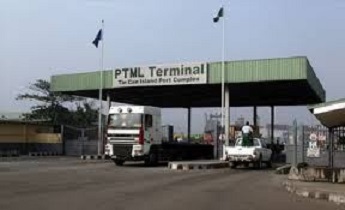 As the new Area Controller of Port and Terminal Multiservices Limited (PTML), Command of the Nigeria Customs Service (NCS), Comptroller Tade Adetoye step out to takes over the mantle of leadership from his outgoing predecessor, Comptroller Modupeola Aremu. Comptr Adetoye used the opportunity to express happiness and charged officers and men of the Command, to ensure vigilance which is a driving force for revenue increase in the new dispensation.

Comptroller Adetoye further assured that he would continue where his predecessor has stopped, and thereby improve on other areas where necessary for uptimal productivity, preventing leakages in revenue and curbing every fraudulent activity.

He disclosed that he would give adequate exemplary leadership for officers and men of the Command to demonstrate efficiency and excellence in their approach in line with the Comptroller General of the Service, Col. Hameed Ibrahim Ali (Rtd), Mandate on exploring areas of generating maximum revenue for the improvement of the Federal Government purse, he said.

He therefore urged the officers to show good sportsmanship in remolding a system by imbibing a better standard worthy of emulation, adding that, it is desirable to explore more impressive benefits, strive to project high revenue record well commendable, through legitimate trade facilitation without compromise on the National Security of the country.

Comptroller Modupeola Aremu was commended for demonstrating true commitment, diligency, dedication and excellence within her period of handling the Command Management, which he said has shown.

In her appreciation for the relationship with the officers of the Command, the outgoing Area Controller of PTML Command, Comptroller Modupeola Aremu enjoined the officers to continue in their quest to improve the Command revenue by blocking all revenue loopholes, and extend their hands of fellowship to Comptroller Tade Adetoye, in doing that the Service would be proud of them.

She pointed out that, the Command received volumes of vehiculars imported into the country, due to the ban imposed by the government through the Land Border posts, while giving details of the operational module of Grimaldi Group Nigeria Limited, said it operates the Roll On Roll Off Systems, with high level of Stakeholders compliance in the Command, she assured.

DPR to shut down unlicensed petrol stations in C’ River