The Federal Government has said it is ready to boost accident investigation with the acquisition of drones for the nation’s airports. 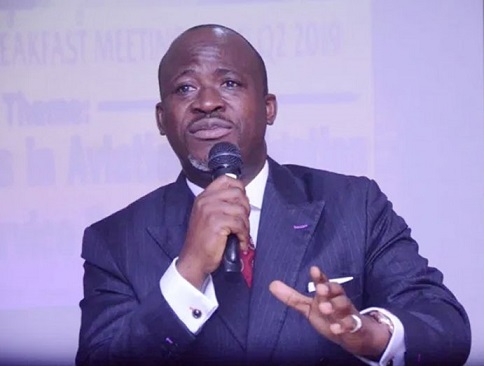 Speaking at the Gateway Forum of the League of Airports and Aviation Correspondent, LAAC, in Lagos, Mr Olateru said the use of drones would assist them to record and capture certain moments that would be vital for unravelling the cause of a crash in their investigation.

The Commissioner disclosed that AIB-N has kicked off the process of acquiring drones aimed at enhancing air accident investigation in Nigeria.

He explained that the use of drones would help the bureau to record and capture accurate moments vital for unraveling the cause of a crash during investigation.

The AIB boss maintained that with the drones in place, the work of unraveling the cause of any air crash in Nigeria would be enhanced.

Olateru said that at the moment, training of air safety investigators is ongoing hence the drive to acquire the drones.

He however, added that one of the requirements to be licensed in the use of a drone by the Nigerian Civil Aviation Authority (NCAA) is the training of operators and they are in the process of certification already.

According to him; “to operate a drone you need a license and we are sorting that out with the NCAA. In getting the license, part of the requirements is to train your people on how to navigate the drone, the operator has to be licensed by the NCAA, so we are in the process of normalising all the documents”.

Olateru further posited that with the Federal Executive Council (FEC) approval of an AIB training school, which is to be constructed in Abuja, the federal government would be saved foreign expenditures on training.

“The bureau had drawn up a curriculum with Crownfield University, Singapore training Institute and the Nigerian College of Aviation Technology NCAT, Zaria.

“We too can earn money, we too can train Africans, and we can train people from Europe on accident investigation and the auxiliary cost that goes with it. So, we want to make it a world-class institution because we really want to push this training so far that we can earn some good money from it for the country and save us money as well,” Olateru said.

While stating that the bureau has 36 air safety investigators trained in different parts of the world, Commissioner further informed that the authority is working towards simplifying its processes to get a better result and performance.