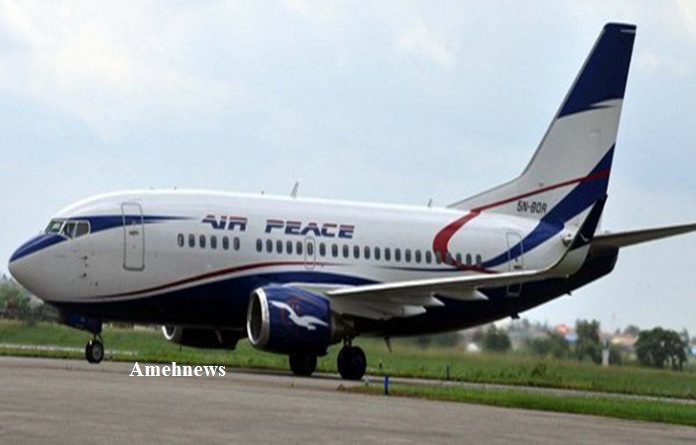 Air Peace has blamed aviation politics for the delay in starting its flights to long-haul routes, such as London, Guangzhou-China, Houston, Mumbai, Johannesburg, Dubai and Sharjah.

The airline’s Chief Operating Officer, Mrs Oluwatoyin Olajide, stated that the authorities of most of the international destinations approved for the carrier were either deliberately foot-dragging in processing its application or imposing frustrating conditions to discourage it from flying into their domains.

Some of the destination countries, she said, responded to the airline’s application only after about two years.

Where the destination countries reluctantly approved the airline’s application to fly into their domains, Olajide stated that impossible charges were imposed to frustrate and discourage it from acting on such approval.

She lamented that the high charges imposed on Nigerian airlines by other nations were unfortunately not responded to back home.

“The foreign airlines are rather pampered in Nigeria and given approval to operate to multiple destinations,” she said.

She said the claims that domestic airlines lacked the capacity to take advantage of the Bilateral Air Service Agreements Nigeria signed with different countries were not true, adding that in demonstration of its capacity, Air Peace was at the moment consistently operating in 14 domestic and five regional destinations, including Accra, Banjul, Dakar, Freetown and Monrovia.

“Air Peace had capacity to operate into all destinations approved for it,” she added.

Olajide said the airline had, however, concluded arrangements to launch its Dubai and Sharjah services before the end of the year.

In response to the claim that some foreign airlines operating in Nigeria had offered 20 pilots jobs, she said the carrier had so far directly offered jobs to more than three thousand Nigerians, besides impacting the nation’s economy in many other respects.

The COO also identified the inability of the airlines to operate into most of the nation’s airports once it was sunset as a great disservice to the operational capacity of the carriers.

On the suspended national carrier project, which she said Air Peace had criticised as being out of fashion and a drain on public resources, Olajide said the Federal Government should clear the air on whether it planned to confer Nigeria Air with advantages not available to the existing private carriers.

Kindly Share This Story: Indications have shown that the Quorum Helicopter that crashed in Lagos…