Stakeholders in the sector described the additional destination granted to the airline as another form of capital flight, which they said amounts to more than N200 billion annually and cripples the activities of Nigerian carriers. 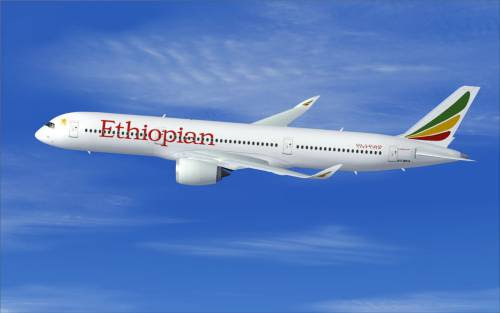 The commencement of flight operations to Kaduna Airport by Ethiopian Airlines on Tuesday has attracted condemnation from stakeholders and analysts in the Nigerian aviation industry.

Stakeholders in the sector described the additional destination granted to the airline as another form of capital flight, which they said amounts to more than N200 billion annually and cripples the activities of Nigerian carriers.

The additional destination by the East African carrier increased its penetration in Nigeria to five airports.

Other airports flown into by the airline from its base in Addis Ababa are Lagos, Abuja, Port Harcourt and Enugu.

At least 11 foreign carriers are currently operating an additional 30 flights into Nigeria weekly and are operating into different airports across the country.

Ethiopian Airlines alone operates 21 flights weekly into Nigeria, making it the airline with highest number of flights into the West African country.

Grp. Capt. John Ojikutu (rtd), the former Commandant of the Murtala Muhammed International Airport Lagos, in an interview with our correspondent, decried the additional destination to the airline and other foreign carriers, especially when none of Nigeria’s carriers are given the opportunity of reciprocity.

He decried that most of the foreign carriers have turned Nigeria into their domestic operations while domestic carriers are closing shop one after the other.

Mr. Ojikutu further lamented that virtually all the foreign airlines coming into Nigeria operate into at least two airports in Nigeria.

He said that while Nigeria was busy opening up its airports to various foreign airlines, their counterparts elsewhere are restricting Nigerian carriers from flying into airports of their choice.

“Now, you have five international airports which foreign carriers are flying into. They have more or less taken over your domestic markets. If you have an Ethiopian Airlines flight that is flying into five of your airports, what has it done?

“It has taken over your domestic markets. Those are the consequences and dangers in giving multiple landings to foreign airlines when you don’t have reciprocity,” he said.

Olumide Ohunayo, the Director of Research at Zenith Travels, attributed the sordid situation to inconsistencies in the Nigerian government’s policies.

He bemoaned that in spite of the kick against the multiple entry policies by a majority of players in the sector, state governments are enticing foreign carriers into their states.

He expressed that with such a policy, the government was indirectly killing the domestic carriers and urged the Minister of State for Aviation, Hadi Sirika, to reverse what he described as an unfriendly policy.

“When you look at a country whereby you are not united in policy, industry and the growth of the sector, then you begin to enter some of these little crises at the peril of the domestic carriers.

“Here we are saying that we don’t want multiple entries for foreign carriers, yet some governors want every foreign carrier to operate into their states. With this, there is no way the domestic airlines will grow. We are killing our own carriers with our attitude,” he said.

Mr. Ohunayo also called on the umbrella body of indigenous carriers in the country, Airline Operators of Nigeria (AON), to lobby the government and ensure that the policy is reversed in their favor.

“Multiple entries are not something that is good for our industry. What are you giving our domestic airlines in return? You see, Med-View Airline cannot enter into Dubai. They are giving it another city, which is far from Dubai and the same emirates is re-applying to recommence Abuja route when our own carrier can’t go to Dubai.

“This is unfair. We need to negotiate,” he said.