The Company in September, 1991 was incorporated with the initial focus of exporting Nigerian products to meet the yearning desire of Nigerians and Africans in the Diaspora for African Foods.

Ayoola Foods Limited in 2004 shifted its focus to the Nigerian market with the introduction and aggressive promotion of Ayoola Poundo Yam, the flagship product of the company which today is the market leader among other brands in the country.

The Products of the Company are:

Engr. Segun Emmanuel Olaye is the founder and the current Managing Director and Chief Executive of Ayoola Foods Limited. Under his leadership the company has grown from a Micro Enterprise into a Medium enterprise with the capacity for growth into a Large scale Business.

He is ably assisted by other Directors and Management staff.

The company has established a quality management system to ensure that every product that is produced and packaged meet quality standards worldwide. This quality assurance is one feature that distinguishes us from our competitors. 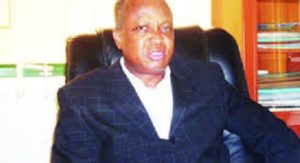 AYOOLA FOODS Nutritious food is an important part in building a strong, healthy family and nation and proud to contribute to development of Nigeria.

The company is here to fulfill the dreams and desires of hard working wives, mothers and daughters by making indigenous food preparation as fast and stress free as possible. Processing high quality food products that meet both National and International Standards for the satisfaction of our highly esteemed customers within the Nation and in the Diaspora has been our main goal for the past 25 years.

The company employs hardworking and devoted personnel that understand the importance of good manufacturing practice, maintaining outstanding quality of products that make AYOOLA FOODS a household name in Nigeria and abroad.

All products are fully registered with regulatory bodies in Nigeria- National Agency for Food and Drug Administration and Control (NAFDAC) and Standard Organization of Nigeria (SON).

“We believe in rewarding everyone who contribute in the success story of our company, who work hard for common goal- not only our staff, but also our distributors- people who invested in AYOOLA FOODS products and make them available all over Nigeria.

“To our numerous customers- we want to thank you for your continuous patronage and ensure you of our best services.

Though Ayoola Foods Limited was allegedly defrauded of N2,4m products worth recently by, 41-year-old Rashidat Folawiyo.

Folawiyo, known as Ore Abosede on her Facebook account, was the company’s major distributor in Ondo State, until August 2016, when she failed to remit the proceeds of products worth over N2.4m to the company.

The company’ source reviewed that it had handed over a van and food products worth about N6m to Folawiyo in August 2016. But by the time she was supposed to make remittance of an outstanding proceed of sale amounting to N2,407,270, she became unreachable.

Segun Olaye , Managing Director and Chief Executive of Ayoola Foods, informed the police that Folawiyo was initially an employee of the company until she was rewarded with a distributorship role along with a few others across the country. She was given an operational vehicle and was getting N6m worth of products on credit every month, he added.

Olaye said, “But when in August, her debt ran into over N2.4m and she was no longer reachable, we reported her to the State Criminal Investigation Department in Lagos.

“Initially, we did not realise what she had done because while she could not come back to the company for more products, she was still parading herself as a distributor, telling traders who wanted our products to pay directly to the company’s account.

“It was when we started getting calls from traders who were complaining that they were paying but not getting our products that we realised the money we had been getting from her area was not the debt she owed.”

Detectives from the SCID, who went after Folawiyo, were able to recover from her the operational van she was given by the company.

According to the source, the police later tracked the suspect down to a hair extension store she had set up in Ijapo area of Akure, the Ondo.

The detectives were able to arrest Folawiyo there and brought back to Lagos, where she was detained and questioned.

In her statement, Folawiyo admitted to the police that she indeed converted the N2.4m to her personal use.

But when asked how she would pay back, she pleaded to be employed back in the company so that she could be paying back at N20,000 every month.

Folawiyo has now been charged before a Chief Magistrate’s Court, Yaba on three counts of theft, conspiracy to commit felony and fraud all contravening sections 285, 409 and 312 of the Criminal Code Laws of Lagos State 2011.

The suspect has been detained in the custody of the Kirikiri Prison, Lagos, custody pending the time she would be able to meet her bail conditions.

Company with vision to be the leading producer of consistently good quality indigenous food products for the satisfaction of our valued customers has aside of the pass event and move ahead with passion to achieve greatly in the future.